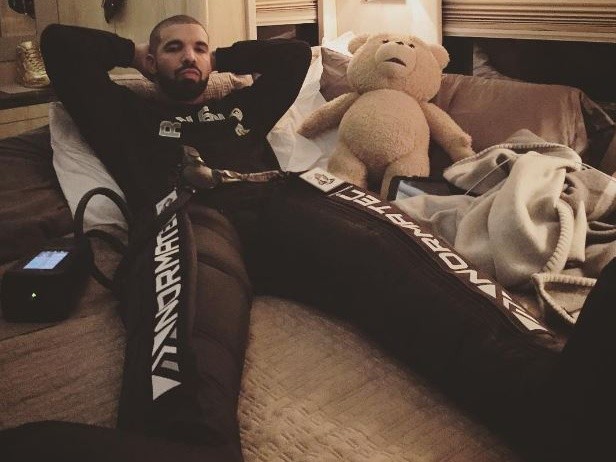 Drake is once again dabbling in the world of film, according to an Instagram post the rapper uploaded today (August 26).

The Canadian musician announced on the social media site that he will be releasing his Please Forgive Me short film on September 30. Drake partnered with director Anthony Mandler for the film, which will feature a musical score from Noah “40” Shebib.

Mandler has directed a handful of music videos from Drake, including “Over,” “Find Your Love,” and “Miss Me.”

“”Please Forgive Me” a short film by Drake and Anthony Mandler featuring musical score by Noah “40” Shebib coming September 30th,” Drake wrote in the caption of a photo, which appears to show a still image from Please Forgive Me.

In a separate Instagram post shared one week ago, Drake revealed that the short film will feature music from his Views album.

Although Views was released in late April, the album managed to sit comfortably at the No. 1 spot on the Billboard 200 chart into August, when it was dethroned by DJ Khaled’s featured-filled, Major Key album.

The September release of Please Forgive Me will come well over a year after the release of Drake’s last short film, Jungle. Released February of last year, Jungle dropped shortly before Drake’s If You’re Reading This It’s Too Late album hit shelves.