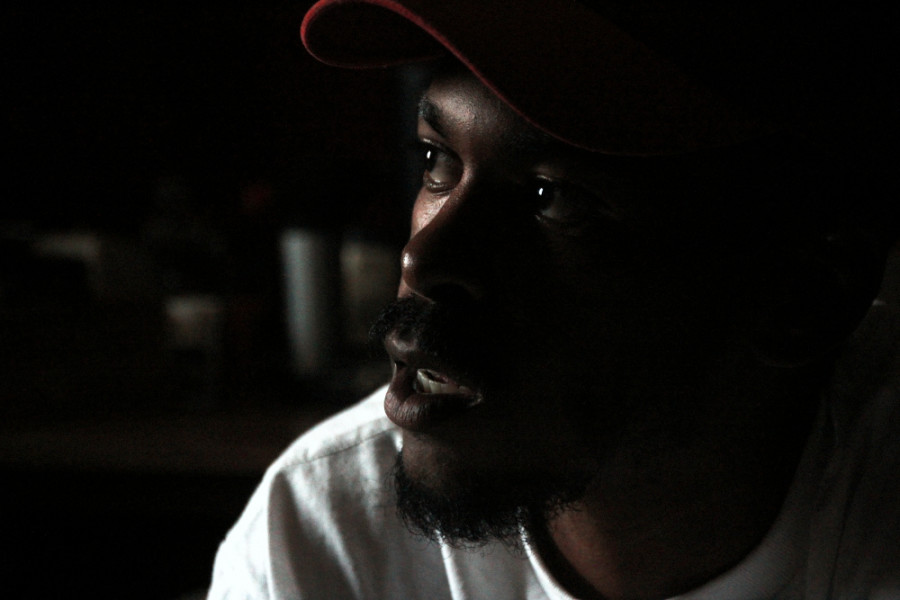 Los Angeles – CA – Fool’s Gold Records has perfectly blurred the lines between electronic music and Hip Hop for nearly a decade. Anyone who’s attending their annual Fool’s Gold Day Off event could attest to that. The EDM crowd made mainstays out of everyone from Flosstradamus to Duck Sauce and Chromeo. However, their Hip Hop side has damn near became just as important. Run The Jewels  dropped its first official project as a duo there and Danny Brown called it home for his last two extremely well-received albums.

Philly emcee/producer GrandeMarshall has hoped to add his name into that pot since signing to Fool’s Gold in 2012. Dropping loosies here in there, he released his sophomore album with the label, My Brother’s Keeper late last year. The project came at a full four years following his breakout project, 800. Like many of his previous releases, My Brother’s Keeper blends his knack for tackling experimental production with homebred lyrical ability. There isn’t a better example than “PULLUP’s Theme” and “Never Change” which, recently got a video treatment last month.

When HipHopDX catches up with GrandeMarshall, he’s recording in a Hollywood studio alongside one of his Petty Boy crew homies. Obviously, the success of My Brother’s Keeper has put him into recording overdrive. In between stops to the book and smoking sessions, GrandeMarshall talks the wins he’s earned, Fool’s Gold and Bankroll Fresh among others.

“Since then, been working on a lot of recording and consolidating the music for different projects. I’m about to do an EP that’ll drop by the end of the month. Keeping the homies focused on keeping it going. When I do shit, it opens it up for the whole crew. Me taking a break like I did was a transitional phase or growing phase. We’re never not working. Still going hard harder than ever. “My Brother’s Keeper” was a turning point for me. I’ve definitely progressed sonically upwardly is where it’s going to go from this point out. I’m having way more fun. I use to listen to my shit all the time like is this shit on deck? Now, I don’t care. I’m so confident with my shit. That’s the only way I know how to do it. I’m doing this shit until I can financially pursue other things. In my 30s and shit, I want to get into film scoring and even soundtracks. All that type of shit is something I want to do heavy. Until then, I’m killing it on the rap shit. I’ll only getting better with time. I’ve been doing this for like four summers.”

Being A Fan Of & Almost Working With Bankroll Fresh

“I got meet him at Fool’s Gold Day Off in Atlanta. He said he was going to try to do some work with me in Philly. When ‘Life Of A Hotboy 2’ came out, I was on ‘Hot Boy’ came out. I didn’t listen to the first one until after the fact but all that summer that’s all we played. That’s one of the best mixtapes that I’ve ever heard. I put everything on it. That is one of the best mixtapes ever. That’s up there with ‘Rich Forever,’ ‘Dedication 2’ and ‘Trap Or Die.’ I don’t cry about celebrities, but because of the shit he rapped about, that was a nigga who was a homie. It was a big deal to me to be able to talk to him in short. He called me on stage and shit. That meant the world to me. As far as like new rappers and stuff inspiring a nigga, it’s Bankroll. Everything a nigga stood for and stuff was related to the life we lived. He was unapologetic about shit. He wasn’t out here being fraudulent about shit. Niggas talk about bricks like it’s a hotline. It don’t go down like that. Everyone ain’t plugged in like that. We not in that world no more but, we see that shit all the time. He was who he say it was.”

“We were talking to a lot of different people, larger majors and big indies. The major situation, I was thinking about the financial thing. In the four years I’ve been on Fool’s Gold, it’s been a learning experience and I’ll always treat it like that. It’s changed my attitude toward a lot of different things. Just like being more mature about it. Overall, the work has turned into something else. I just spoke with a lot of people who were around since day uno. I asked them and with Fool’s Gold being an eclectic/ DJ kind of vibe, it would be a good mix because me being a very progressive and open artist and pure with my sound would be a good fit. I’m always going to try out different sounds and be true to myself. They’ve always appreciated that even though it may come off as I’m hardheaded. People know my intentions. It’s always been me. They understand and know that. They’ve done a lot of great things for me and a lot of great things for myself.”

“We talk here and there. Me and Trak. Trak is like the first cousin. For real. First cousins are like brothers. If there’s something I want to holler at him about or linking up. It’s never been no upperclassmen type of shit. He makes time to holler at me. I remember when I was working on “My Brother’s Keeper” and we would go back and forth in a group setting, email or phone calls. He’d get right back with some real shit. I always appreciated that. I may not have expressed that in so many words, but I always appreciate Trak’s honesty.”