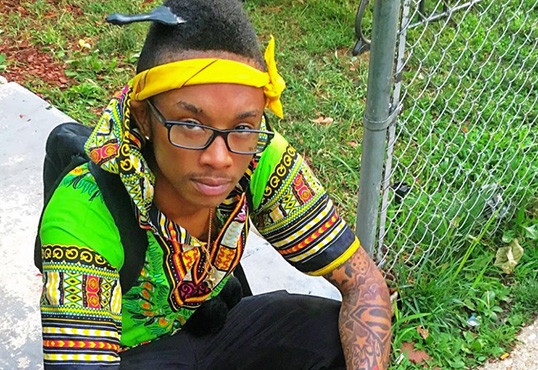 Up-and-coming DMV rapper Swipey was shot and killed near his mother’s home in Maryland on Sunday, reports The Washington Post.

The rapper, whose real name was Douglas Brooks, was found by police outside an apartment complex in Suitland, Maryland around 1:00 a.m. Police were called after gunshots were reported and pronounced Brooks dead at the scene.

At about 1:00 am officers responded to the scene for a shooting. One man was shot. He was pronounced dead on scene.

“He was a good guy, he was a nice guy, he never tried to start no trouble,” Swipey’s mother told The Washington Post. “I’m crying. I’m crying because I love my son.”

The 18-year-old rapper had been making moves with his rap career, working with Lil Durk and Shy Glizzy, as well as with producer Jazze Pha. His most recent release was a project called SNS: Sorry Not Sorry that came out in July.

Kevin Baldwin, Swipey’s label boss from M.O.P3, posted an image of himself with the rapper, captioning it, “May Allah have mercy on him. This stupid mentality has to stop!! #missingyoualready #notbywordsbyaction #word2dawise.”

Baldwin also told Heavy.com that Swipey had been arguing with a girl that “he used to mess with” at a party earlier in the night, but The Washington Post reported that police hadn’t determined a suspect or motive, though they do not believe the shooting was random.

Swipey had more than 40,000 followers on Instagram and there was an outpouring of support for the young rapper on social media, including a tweet from Wale, who hails from Washington, D.C.

Meetin wit wax and my goodmen this am . God bless DMV . #ripswipey

Wore Uggs,had nose ring,& had the throwback mohawk ?.
Dude had his own style and was killing beats at the same time mo #ripswipey

Swipey was more than just a rapper ? Swipey inspired people to be great fr! He was smart af, it's deeper than just rapping ? #RIPSWIPEY ❤️

R.i.p my brova my heart ? some Fxck niggas hated on you real live ????was shitting on any Yung nigga Ina dmv ??I LOVE YOU BROVA ?? Nobody Got You I Got You!!!???? I AINT WANNA POST THIS SHIT BUT MAN I WAS W YOU ALL THESE YEARS AN YOU LEAVE ME NOW DAMN MOE GONE BUT NEVER FORGOTTEN !Im Hurr??

Wow… DMV we got to do better. One of the most talented artist coming from our city @DirtySwipey #RIPSwipey ?? pic.twitter.com/wxsIAgBcxW

Many on Twitter also reposted a tweet from Swipey talking about his own death earlier in August.

If I Go Today Or Tomorrow ?? Whole City Going Remember Me ???