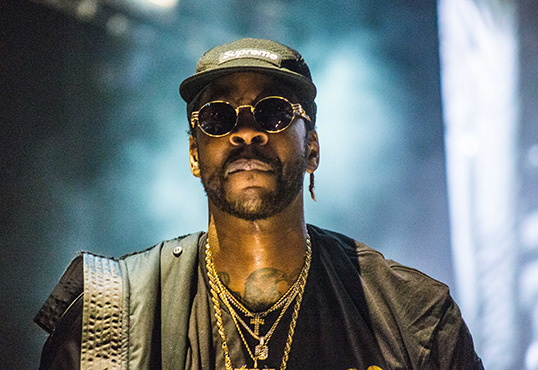 According to a tweet made by the Southern wordsmith, he’ll add another layer to the project with the release of his Daniel Son; Necklace Don cartoon miniseries.

Details are scarce, but fans can expect the miniseries to be released in the very near future.

“Been working on this Daniel Son Necklace Don cartoon mini series… Hopefully I can drop it top of next week …stay tuned,” 2 Chainz wrote in a tweet sent yesterday (August 11).

Daniel Son; Necklace Don was released on August 4, one day before its scheduled release, due to what 2 Chainz referred to as “bootleggers.”

“Since the bootleggers wanna fuk up my release time here yall go,” the rapper tweeted on August 4, along with a Soundcloud link to the mixtape.

The 10-track project is low on guest features, but does include the Drake-assisted, “Big Amount.”

2 Chainz’s tweet on the Daniel Son; Necklace Don cartoon miniseries, can be found below.