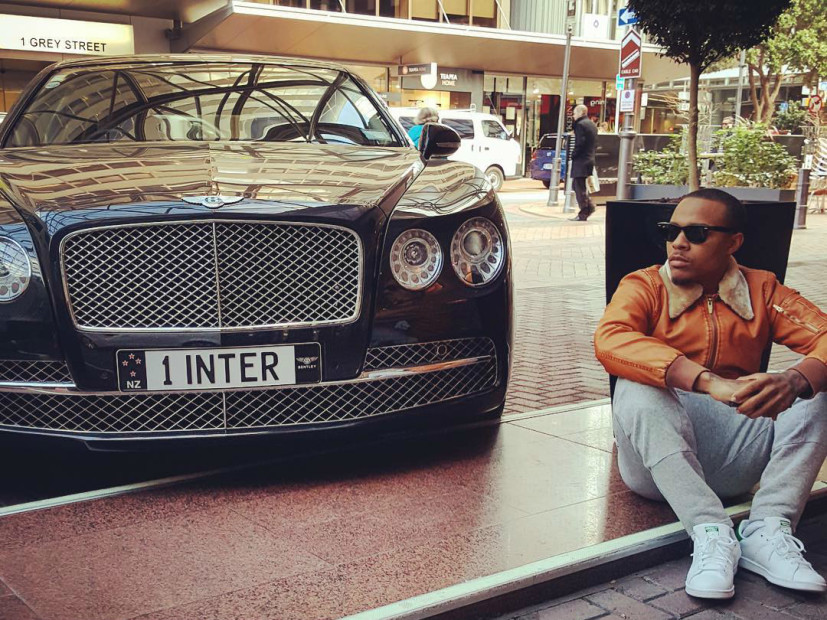 Bow Wow announced his retirement from rap by saying that he will be leaving with a bang, getting Snoop Dogg to executive produce his swan song. Despite past remarks that he always hated rapping, the 29-year-old entertainer made a post on Twitter yesterday saying he is content with his accomplishments.

"Made over 20 million off rap. Why be greedy? Im good with everything i accomplished. I made it to the white house" pic.twitter.com/bSnDdG7cRF

Lil Bow Wow, who is now known as Shad Moss, burst onto the scene in 2000 when he released his Beware of Dog album at 13 years old. He also starred in the 2002 film Like Mike. He shed the “Lil” title shortly after the success of the movie and continued working as Bow Wow until last year when he announced he wanted to be known as his given name. After having a rocky journey with Cash Money Records, Moss announced that he signed with Puff Daddy’s Bad Boy Entertainment in September.

The Internet had too much fun with the news that Moss is leaving the music industry to focus more on film and television projects.

The greatest Bow Wow moment in rap history is when 50 said he had guns as big as him. I'm not even joking.

Bow Wow announcing he's retired from rap is like Charles Barkley waking up today and deciding to announce he's no longer playing in the NBA.

Bow Wow tryna quit a job he got fired from years ago ?

Bow Wow at his retirement party from rap pic.twitter.com/Us5glMVYKl

Remember when YMCMB signed Bow Wow & they paid him with merchandise that didn't sell ??

Me: Bow Wow is retiring from rap

Mom: when was the last time he rapped?

There are still Bow Wow fans in the world and they voiced their opinion as well. Unless these users were being sarcastic…

The rap game lost one of the greatest of all time today, to retirement… #BowWow #TheGOAT

When Bow Wow next album drops the streets aint gonna be safe ???????

Bare people are hating on bow wow but he's still got more money than all of you ? is your comment even relevant?