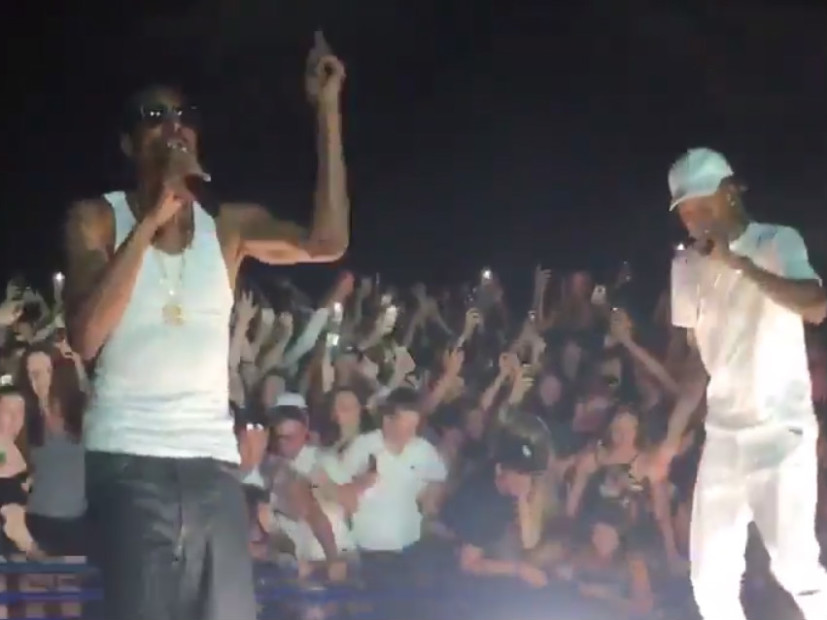 Camden, NJ – Snoop Dogg and Wiz Khalifa were rushed off stage by security when the railing that held fans back collapsed during the two rappers’ performance at the Camden, New Jersey stop of their “High Road Tour.”

A report from the Philadelphia Inquirer says that 42 people suffered minor injuries at the BB&T Pavilion after the fans fell forward and off of a raised platform.

“Once they jumped on the stage [Snoop Dogg and Whiz Khalifa] and the spotlight hit, all the people surged forward,” concertgoer Katie Colbridge told the publication.

Complex spoke with the Camden police department, who reported a far fewer number of injuries.

“All I have from my guys [on the scene] is about 10-15 injured, and almost all of them were just treated on the scene and released,” a spokesperson said. “Maybe two or three to the hospital. I don’t know the extent of their injuries, but I didn’t gather it was super-serious. I think we’re looking at bumps and bruises here.”

A few Twitter users caught the incident on camera.

I honestly don't know how I got this on video…. pic.twitter.com/jYG9nGNWoe

Jhene Aiko performed as an opening act for the show, which was close to Philadelphia, for Snoop and the Taylor Gang leader. She sent her well wishes to the concertgoers on Twitter.

i hope everyone is ok after tonight's show in Philly ??????