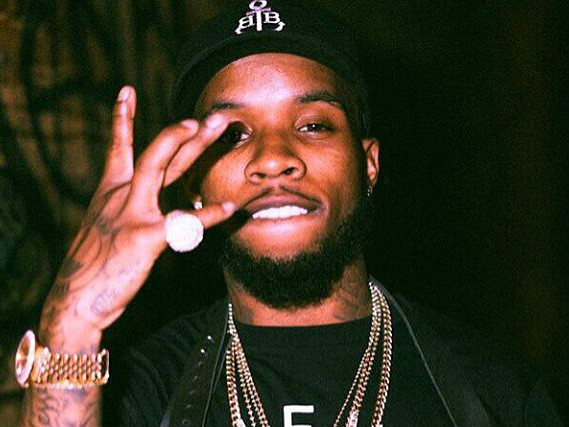 Rappers want to be ballers, right? Apparently, so do trap singers as a clip of Tory Lanez shooting a wild jump shot went viral.

The “Say It” singer goes up for the shot and shakes his body like a fish before letting go of the basketball. Even though his form is far from perfect, Lanez does make the basket.

The Internet erupted with jokes about the Toronto native’s play, which probably won’t get him a spot on the Raptors roster.

But hey, at least he didn’t throw a complete airball unlike another 6ix resident we all know.

Check out the reactions and what Lanez had to say below:

All that matters is the end result, right Tory Lanez? #buckets (via theargyfargo/Snapchat) https://t.co/gn5TMGmQJM

Tory lanez got the most sassy jumpshot of all-time pic.twitter.com/djqjysAlK9

Tory Lanez Form is worse than his singing pic.twitter.com/lruNKLRGlP

I don't know how my ugly ass jump shot be going In … But I be killing niggas .