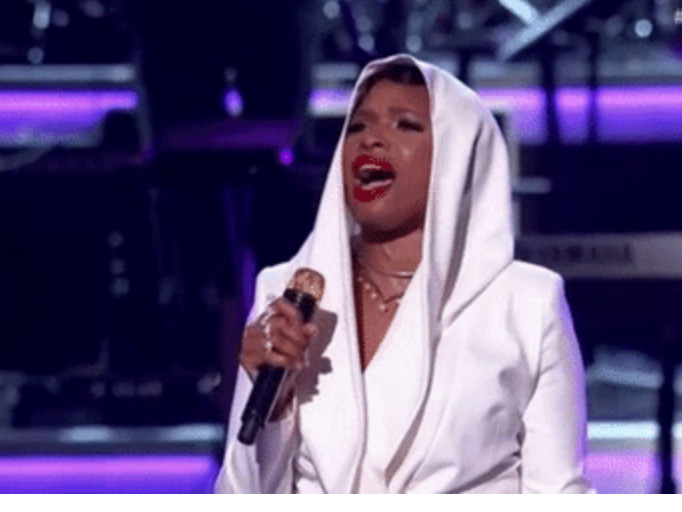 The BET Awards took their turn in honoring Prince and, rather than only giving one performance, the network chose to break up the tributes across the whole show. There was plenty of purple throughout. The legend passed away in April at his home in Minnesota. He was 57.

(We’ve included all of the performances in one place, but unfortunately there’s an autoplay function on all the videos, so apologies for all the noise. You’ll have to go through and pause the ones you don’t want to hear yet.)

Dave Chappelle introduced The Roots, who teamed up with Erykah Badu for a performance of “The Ballad of Dorothy Parker.” Then, Bilal took the stage to sing a rendition of “The Beautiful Ones.”

Later, Stevie Wonder and Tori Kelly performed “Take Me With U,” followed by Jennifer Hudson’s cover of “Purple Rain.”

Maxwell also gave a tribute when he transitioned to “Nothing Compares 2 U” after performing his own song, “Lake By the Ocean.”

Then, Janelle Monae took the stage and performed a medley of Prince hits including “Delirious,” “Kiss,” “Pop Life,” and “I Would Die 4 U.” The singer paid tribute to the legend with her costume as well, wearing pants with cutouts for her butt.

Drummer Sheila E then paid homage to her longtime friend as she performed a medley of hits.

This comes after the Billboard Music Awards tapped Madonna to give the tribute to Prince. Even though Stevie Wonder was alongside the singer, fans blasted the performance and BET played a promo for the awards during the following commercial break promising something better. “Yeah, we saw that. Don’t worry. We Got You.”

View Twitter’s reaction to the 2016 BET Awards tribute to Prince below:

Jennifer Hudson be singing like the fate of the free world depends on her nailing it Everytime. #BETAwards

Everyone is killing they Prince tribute. I'm so happy about that

Prince woulda loved that one

Fam, just give the title belt to @SheilaEdrummer. She rocked the hell out of that @Prince tribute! #BETAwards

Omg @SheilaEdrummer us EVERYTHING. That was an amazing tribute to Prince! #BETAwards

They're playing absolutely no games with these Prince tributes #BETAwards

You can easily tell the @Prince proteges and collaborators. Their #BETAwards tributes seem far more energetic and personal.

That stage is so funky right now. Prince would be proud. #BETAwards pic.twitter.com/U5AY6ZTPfG