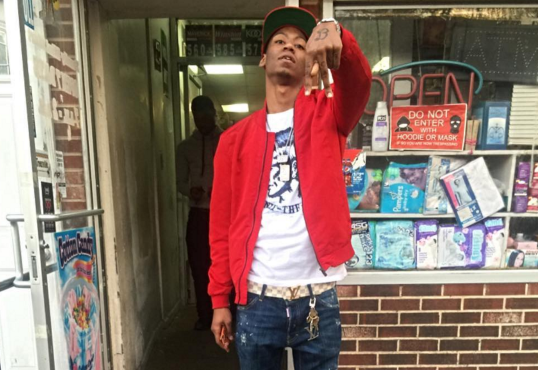 Baltimore, MD – Around 7 p.m. yesterday, June 25, in Baltimore, several eyewitnesses told police that up-and-coming rapper Lor Scoota was driving east on Moravia Road when a shooter ran out into the street and opened fire.

Hours after being listed in critical condition at the nearby hospital, the 23-year-old DMV native born Tyriece Travon Watson was pronounced dead as a result of his singular gunshot wound.

Lor Scoota had just left from hosting the “Touch the People Pray for Peace in These Streets” Charity Basketball Game when he was gunned down.

“I am saddened to hear about the senseless murder of (Tyriece) “Lor Scoota” Watson,” Councilman Nick J. Mosby said in a statement obtained by WBAL Baltimore. “He had a heart for youth and took the time out of his schedule to join me on my #EyeAmBaltimore Tour to high schools in West Baltimore following last year’s uprising where he spoke about the importance of staying in school.”

“To the Watson family, and youth throughout the City of Baltimore, please accept my condolences for this loss.”

Lor Scoota was probably best known for his 2014 single “Bird Flu (Remix),” featuring DMV neighbor Shy Glizzy, which as of press time, is closing in on a million views.

Baltimore police have no suspects in custody and the only information they’re going off is the shooter’s white bandana. They are urging the public to call detectives at 410-396-2100 or call Metro Crime Stoppers at 1-866-7LOCKUP with any information that will lead to the arrest of the killer.

One that was focused in stopping the violence smh crazy world man…prayers up https://t.co/p6Q8DFZXON

The hood has turn into an animal that eats its own babies man. Makes the work that we do so difficult. https://t.co/rFswW0l0Zg

RIP lor Scoota. I'm fucked up over this 1 excuse my language but this 1 really hitting home. Bmore…..

Smh idk why it took me so long to realize it was time for me to go ?