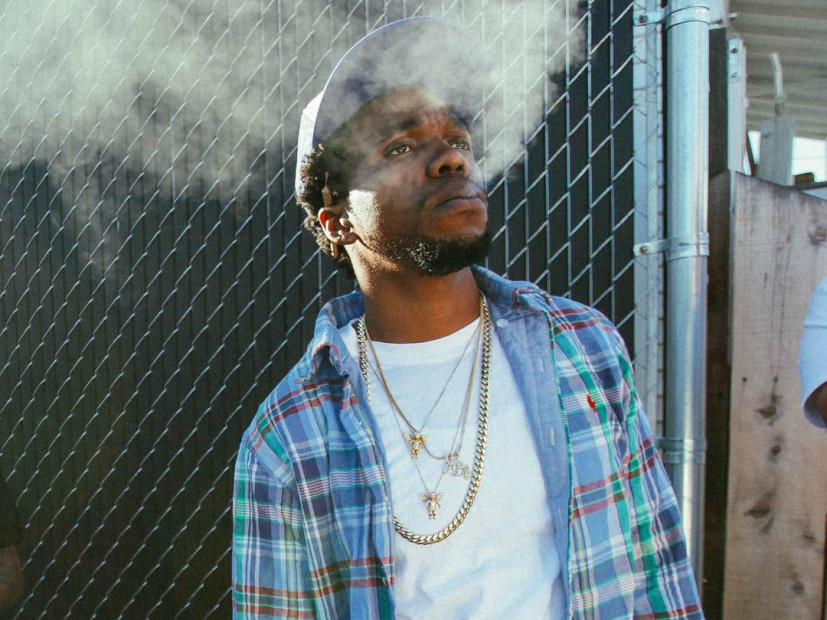 Miami, FL – Curren$y keeps his release streak going strong with his new EP, Stoned On Ocean. The seven-track project — his seventh of 2016 —  is produced by Cool and Dre and features guest spots from Wiz Khalifa and Styles P.

As with all of his projects from this year, the EP is available for free.

The New Orleans rapper has been reflecting on moments of being baked at the beach on Twitter for the album’s release.

I once sat on the beach till the sun came up smokin fatties and watchin a cruise ship depart…. I was indeed #stonedonocean

Catch the tracklist and stream below.

[UPDATE: The article as follows was originally published on June 22, 2016.]

Curren$y has released one project a month this year, putting all other rappers to shame with his crazy output.

Spitta announced another project today on Instagram. This one is called Stoned On Ocean and was “recorded one smoked out night in Miami,” according to the caption in the cover art.

The EP is said to six tracks and is executive produced by Cool & Dre.

No release date yet, but at his current rate, we are expecting the latest from Curren$y in July.

Peep the cover art for Curren$y’s Stoned On Ocean below: