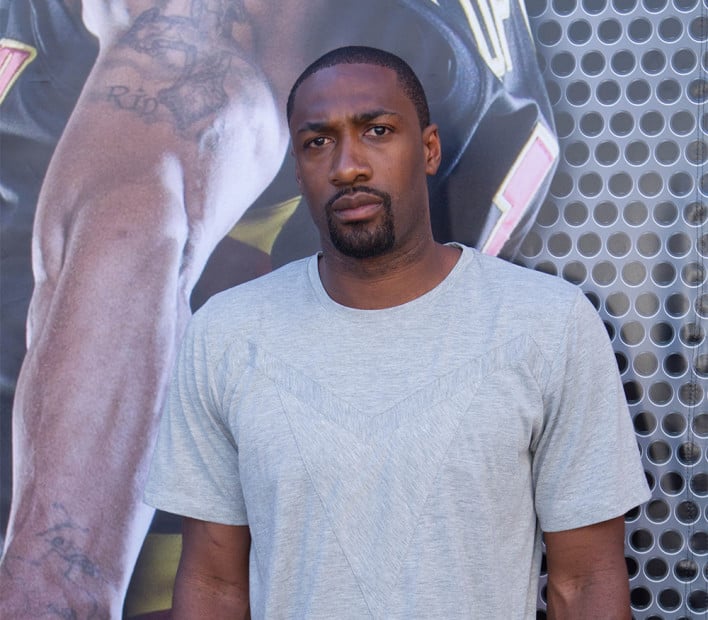 Gilbert Arenas is threatening to take Charlamagne Tha God to court after Power 105’s The Breakfast Club played audio of the basketball player arguing with his ex-girlfriend Laura Govan. The radio host named Arenas the “Donkey of the Day,” especially for his comments where he angrily shouts, “Fuck you and them kids” in the middle of their heated confrontation. The couple has four children together.

Arenas wrote a drawn-out Instagram post to call out Charlamagne and Govan and said he is threatening to sue them both.

“My lawyers have sent a cease and desists to #BreakfastClub and laura govan,as well as any other website that publiches the #illegalrecording…..recording or broadcasting a illegal recorded phone call is a #CRIME in many states and that includes#CALIFORNIA #yeahBOI,” he says in a post, “and that can also result in litigation and damages hahahaha this is fucking groundhogs day….”

Arenas recently won a defamation lawsuit after Govan claimed that he had sex with her sister and then gave her STDs. He goes on to say she hasn’t learned anything from their first legal battle.

“Didnt the judge just say (she needs to wake up,govan just doesnt get it) #JUDGESheDidItAgainTHIS IS A CRIME lol yo ass going to jail nigga (police wanna know where to pick u up at) #inreallife shes about to be on a real life episode of #orangeisthenewblack AS for the #breakfastclub after u retract.. IM SUING ANYWAY BITCH hahahahaha@cthagod thank you brother (GOD) IS GOOD, all the time…by time im done putting yall thru litigations,you will be asking me #Youfinishedoryoudone?#BankruptcyFilingComingSoon hahaha 26-0 in court about to be 28-0#courtmayweather @cthagod ill be donkey of day, but i hope after you try and settle you give yourself #CO-DONKEYof2016WithLaura lmaooo.”

He made another post that says that the audio was taken out of context.

“Im on yo ass like this @cthagodimma about to ride yo #DonkeyAss all thru the courtroom…” he says, “aint no mo #BreakfastClubthat shit about to be the#open24hoursClub yo ass about to be working all fucking day and night..fighting against my stupid…….FYI im the type of nigga that will spend 200k to win a 2k judgement #KingPetty hahaha i wins at all cost….NEXT time do what everyone else did (research) realizing that recording was from 2015 part of her #setup to gain full custody #Rejected #Big92.3 passed on it…next time (CALL) it will save u a ton of legal problems thats how #TMZ stay out of legal suits when they report story…..#DonkeyOfthedayVSdonkeyOf2016”

Charlamagne responded by saying he is not fazed by the pettiness.

“Going to get this rest so I can drink my cup of petty in the morning,” he writes on IG. “Petty Party Planner Number 1 says Goodnight. Give God the Glory. Pray for my Petty.”

In another post, he brushes off the backlash and says that controversy is nothing new to his “Donkey of the Day” segment.

“#DonkeyOfTheDay pissing niggas off since 2009,” he says. “Before you do some dumb shit think it through or the next Donkey of the Day may be about you. [Donkey emojis] God Bless You All.”

Arenas has since deleted his original posts and created a new one, which seemingly retracts his initial blows towards the radio personality.

“The things I endure to keep my kids being kids (if I break,they break) they will never see me sad or down……” he says. “I have no complaints in life, all my kids college’s are#PAID for,they healthy and happy,GOTTA fight the devil with happiness(from a distance people cant tell who is who)@cthagod keep doing you,thats your job,its NEVER personal with you…AS for my ex(I left you for a reason) #ForAdramaFreeLife I cant keep coming back to engage you in pointless fights,#HighWayToTheHigherRoad”

In the original interview, Charlamagne mocked the ex-NBA star for airing out his life on the Gram.

“I knew that Gilbert Arenas had Instagram thot tendencies based off those long-ass Instagram posts and the excessive hashtag use when he gets in his feelings on the Gram,” he says, “but damn, Gilbert. I didn’t know you had a ratchet-ass lock my kids in the closet while I leave and go to the club mentality.”

After giving the official “hee-haw” title to the baller, Charlamagne finishes his comments, prophesying that Arenas would double back on his favorite platform.

“Now we know why he wore the number 0 in the NBA,” he says. “After hearing this, you are absolutely agent zero. And don’t go posting no long Instagram posts later on today talking about you love your kids and you’ll always be there for your kids and you was just in your feelings. Never move off emotions. Move off logic and strategy dumb-ass.”

#DonkeyOfTheDay pissing niggas off since 2009. Before you do some dumb shit think it through or the next Donkey of the Day may be about you. ???????? God Bless You All.

Going to get this rest so I can drink my cup of petty in the morning. Petty Party Planner Number 1 says Goodnight. Give God the Glory. Pray for my Petty.