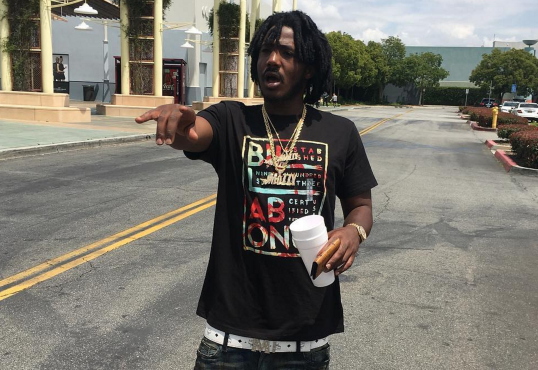 Gauging from his reaction regarding failing to get his Dirty South counterpart Rich The Kid in on the action, he acquired all those features off the strength of his name.

In a since deleted Instagram post of a direct message screenshot that was captured to forever live on the Internet, Mozzy scoffed at Rich’s $4,000 price tag for a feature writing, “Nigga, I ain’t never in my life paid for a feature bitch,” while promoting the album with a hashtag and release date of June 10.

The Honorable Mario Mims has consistently preached on the importance of dm’s not being for everybody but Mozzy decided to create his own rules for the G-Code.

Rich The Kid didn’t exactly take offense to Mozzy’s fiery response, but he did reaffirm his stance with his public response via Twitter: “I Ain’t doin nothin unless im paid for it, ain’t shit free.”

It appears this one is ending and stalemate with no new collabo for the fans.

Mozzy’s deleted Instagram post can be seen below. He was recently featured on a new song alongside Philthy Rich with The Mekanix from their Under the Hood album that dropped today (We appreciate the shout out fellas; we got you on the next premiere) that can also be spotted down there.