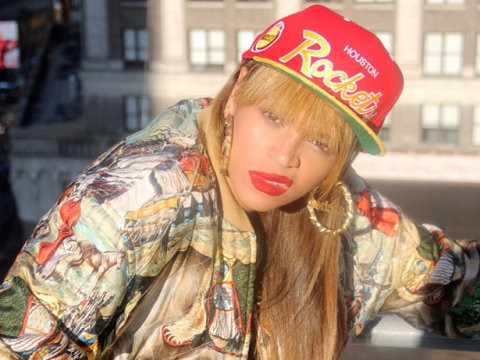 Houston, TX – Hundreds of banners in downtown Houston have sprung up quoting various city natives including Beyonce, Z-Ro and the late Fat Pat among other H-Town artists, poets, students and influencers.

The installation is in association with the city’s Downtown District and Core Design Studios initiative entitled “Figurative Poetics” which includes over 500 witty quotes from Space City’s finest.

Alan Krathaus and Fiona McGettigan of Core Design Studios are the brains behind the creative project. They opted to show the city’s character through quotes plastered on colorful banners instead of regular promotional slogans, offering downtown commuters and visitors some inspiration and encouragement.

The installation will last for the next two years with the purpose to illuminate Houston’s diverse voice.

View a few of the “Figurative Poetics” banners below.