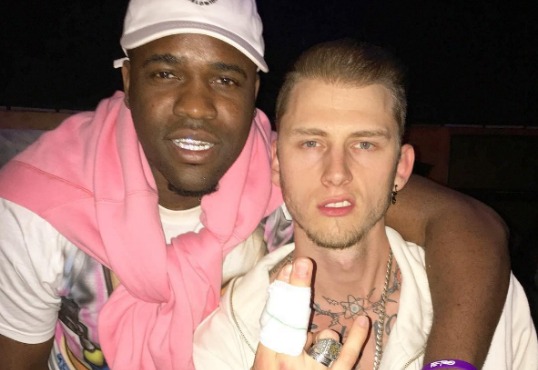 No one should ever be able to accuse Machine Gun Kelly of not going hard in the paint during his live performances. At least, not until he’s fully healed from his most recent injury.

During a day party event at Drai’s Beachclub & Nightclub in Vegas last week, the Cleveland rap ambassador broke his bird-flipper giving fans everything he had in the chamber.

“I wouldn’t have wanted to have broke my middle finger anywhere else,” he captioned in one of the many flicks highlighting the performance. Later that week, MGK proudly brandished his war wound in a pic alongside A$AP Ferg.

The show isn’t slowing down anytime soon for MGK, who is still touring off his 2015 offering, General Admission.

Check out the tour dates here.

best pool party ive ever had in my life. ?????? i wouldn't have wanted to have broke my middle finger anywhere else . thank u @draislv and @tallywood @cromwellvegas

dreamt of days like this. awesome feeling to know it CAN become reality. ? @caseymcperry