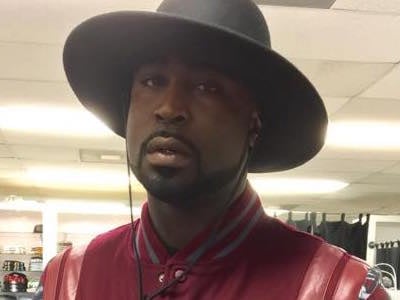 Young Buck has been accused of violating his parole, according to theJasmineBRAND.com.

The G-Unit rapper’s parole officer appeared in court Friday (April 29) to say that Young Buck was stopped for a moving violation Monday (April 25). The PO says that Buck did not report the incident, which he was required to do as part of his probation.

In March, Young Buck was accused of making threats to the boyfriend of the mother of Young Buck’s child. After engaging in a text message exchange with the boyfriend, the rapper reportedly told his parole officer that he believed the texts were from an attorney and that the boyfriend said in one of the exchanges that a District Attorney was reading the interaction.

Young Buck is due back in court Thursday (May 5) to face the judge and explain why these violations do not merit his being incarcerated.

Young Buck was released from prison in October 2013 after serving time for a gun sentence charge. He has been on probation since his release.

In 2014, he missed two drug tests and last year he allegedly faked one of his urine tests. He avoided being sent back to prison for that incident by agreeing to a deal in which he would perform 100 hours of community service, serve 30 days in rehab, remain on probation for 18 months and pay a fine.