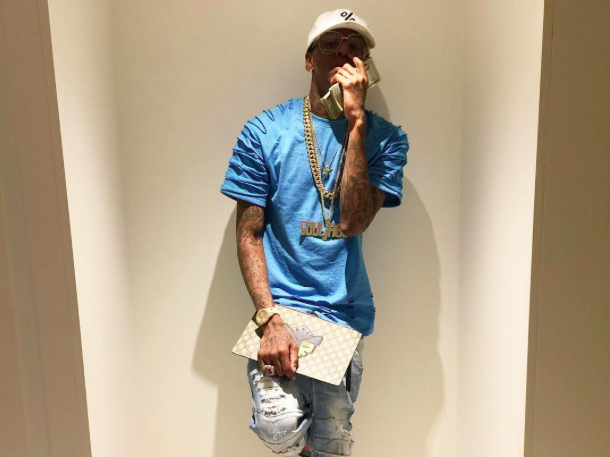 The company, which is a publicly held gaming platform, released a statement today (May 20), explaining that the deal is for five years. World Poker Fund Holdings cites the partnerships of Puff Daddy and Ciroc vodka and 50 Cent and Vitamin Water as reasons it believes joining forces with Soulja Boy will be a success. And it says it has reason he will be a better brand ambassador than any of them.

“Soulja Boy is arguably the world’s youngest music mogul to complete a deal of this magnitude,” the statement says. “At 25, he is one of most influential urban entertainers and artist on social media today, boasting a social media following of over 15 million. Soulja Boy will mobilize his network to promote World Poker Fund’s online gaming assets such as CelebrityWorld.com and its soon-to-launch ‘in-flight gaming’ platform which aims to service the 3 billion plus global travelers across multiple airlines worldwide.”

Soulja Boy, who first announced the $400 million deal on Twitter, expresses excitement in the deal and building his brand with World Poker Fund.

“I invest in things I understand,” he says in the statement. “I enjoy music, and of course gaming. Being an influencer is a form of currency. Having portfolio diversification is critical if you want to be an effective brand ambassador. With regards to World Poker Fund, I believe in its strategy, its team, the vision, and management’s ability to target its financial goals.”

Soulja Boy claims that he closed a $400 million dollar deal and took to social media to share the news with his followers.

Soulja doesn’t specify what the deal is for nor what it entails, just that he’s grateful.

The Atlanta rapper became a commercial success after releasing “Crank That (Soulja Boy)” at the age of 17 in 2007 and three years later landed on the 2010 Forbes’ list of Hip Hop Cash Kings for generating over $7 million dollars for that year.

Soulja Boy has reportedly made millions of dollars from ringtone sales alone and likely still receives publishing royalties from “Crank That (Soulja Boy)” and his other Billboard hits as evidenced by Beyonce’s use of the rapper’s lyrics from his 2008 song “Turn My Swag On,” on her Lemonade cut “Hold Up.”

“From being worth 25 million at 25 to being offered 400million and closing out the deal?” he captioned on Instagram. “Just think about where I came from no man seriously!”

The SODMG general’s forthcoming album Blessed is scheduled for release sometime this year which will be his fourth studio album and the follow-up to his 2010 EP The DeAndre Way.

Soulja Boy‘s announcement of his $400 million deal is as follows.

$400 million deal confirmed. I still they think they low balled me though. I was thinking 2 or 3 billion..

From being worth 25 million at 25 to being offered 400million and closing out the deal? Just think about where I came from no man seriously!