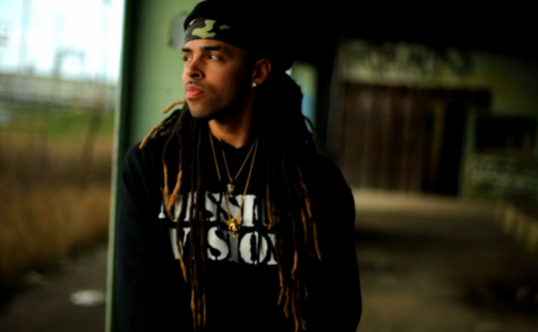 Dee-1 Nabbed By ESPN To Create "The Undefeated" Anthem

Proud New Orleans community member Dee-1 has positioned himself to have an authoritative voice for the black and rap people, and ESPN has taken notice.

The sports behemoth’s long simmering offshoot, The Undefeated; a more focused media narrative that bridges the potholes on the roads that race and sports speed across, has recruited the man who brought “Sallie Mae Back” for its own anthem.

“We thought Dee would be perfect to introduce The Undefeated because number one, the brother can straight-up rap, Jesse Washington, Senior Writer, The Undefeated, explained. He’s extremely talented on the mic. Dee is also a basketball player, a sports fan who watches ESPN, and an insightful social critic with a deep appreciation for black history. I had been following his music since ’50 Weezy and Jay,’ and once we met, it was clear he was the perfect artist to create an Undefeated anthem.”

Early this year, Dee-1 had an intensely viral moment of positivity when he partnered with HipHopDX to premiere the “Sallie Mae Back” video. It served as a humorous, yet serene glance into the world of being in debt over student loans—and the elation of paying them off. For his site introductory anthem, “We Are the Undefeated,” Dee-1 (born David Augustine, Jr.) shifts his lyrical focus on the uphill battle black athletes face and even honored the likes of Trayvon Martin, Tamir Rice and Eric Garner’s last “I Can’t Breathe” words.

“Dee and I had a few conversations about The Undefeated – where the name came from, and how we will explore the intersections of race, sports and culture,” Washington continued. “Our motto is ‘Not Conventional. Never Boring,’ so we talked about how to make the piece unique. Dee just absorbed everything, came back with the lyrics, and nailed it out the gate. Our editor-in-chief, Kevin Merida, brought in Marquis Daisy from ESPN Films, whose credits include the Randy Moss 30 for 30 documentary Rand University. Marquis conceived the gritty, historic vibe of the video. Marquis works with the cinematographer Alastair ‘Gee-Lock’ Christopher, who’s a magician with the camera. When Dee, Marquis and Gee-Lock got together in New Orleans for the shoot, the results were incredible.”

The site was recently slated to be launched some two odd years ago, but experienced some glitches in The Matrix, which resulted in the original editor-in-chief, Jason Whitlock being given the boot, as he now spends his days rambling about Kobe Bryant and other associated horseradish.

The Undefeated now has a concrete launch date of May 17, the 62nd anniversary of the Brown v. Board of Education decision, the case that ended legal segregation within schools.