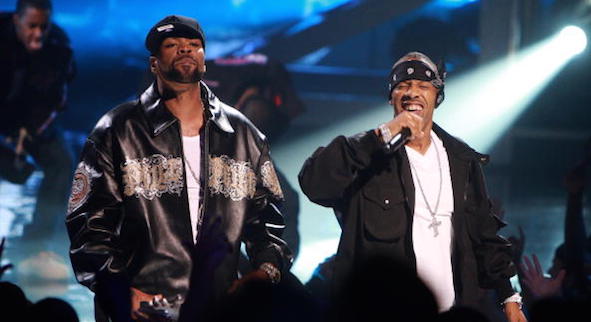 If you happen to be a smoker in one of the four states where marijuana has been fully legalized or one of the many regions that bask in ultimate asterisks glory, like everything else in the country, the convenience of a reliable app to find the best (legal) bud would be a welcomed acquisition.

BlazeNow CEO Jeremy Carr is close to perfecting such a service that when completed, he’s confident that it dwarf all other existing competitors. During a recent phone conversation with HipHopDX, Carr spoke the ongoing conversation between himself and Method Man & Redman that apexed with them jetsetting to Vegas where they had no issue telling the crowd about BlazeNow in between songs. The two legendary rap stars long solidified their stance on smoking weed via their cult classic film How High and audio duet of the same name and Carr tells us their enthusiasm was as a genuine as their personality.

“[Method Man & Redman] have been aware of the development of BlazeNow for a little while and they love the business plan and like the app and want to be involved,” he explains of the initial proposal. “So we went with them to the High Times Cannabis Cup where they performed and we brought a bunch of hats and jumped on a jet with them and flew out to Vegas where they were performing the same night with Lil Wayne. We just got into detail about our business and marketing plans and what we want to do and how they can be involved. Obviously we’re still getting into place to making it official but they already wore our hats and our jackets and told the crowd about us, so it was pretty cool.”

Carr says the $3,000-a-month listing fee for the app he uses to promote his top rated Exhale Med Center dispensary in West Hollywood forced him to expand options for himself and all who wanted it. And the finished product is close to arriving with each passing day.

“BlazeNow, we’ve been developing it for a little over a year and the IOS version is done and approved by Apple,” he says. “We just finished the Android version and the website is looking pretty good too. We’ve already registered over 2,800 dispensaries and delivery services and now we’re gearing up for a real launch to the public. We’re hoping for April 20, [known as the official smoker’s holiday 4/20] and we can kind of soft launch now but we want to have a really solid marketing budget behind us so we don’t waste the opportunity.”

Although obtaining a rapper to promote a weed product is a good look, it’s hardly a surprising venture. However Carr revealed that he’s aiming for the fences with the BlazeNow endorsements. Even at with the unlikeliest of players and places.

“We’re trying to be more mainstream,” Carr admits rather frankly. “We have a very clean app and we want appeal to advertisers in every industry. We want to get X Games, movies, video games, all that and we’re actually talking right now to [Watch What Happens: Live host] Andy Cohen. Totally opposite in the celebrity world but he’s a smoker and supporter everything. We may also be doing a proposal to Roc Nation. We’re trying to create a community here and show the whole country that every demographic fits.”

The powers that be are still dragging their feet in the global fight to completely legalize Mary Jane but Carr assures BlazeNow will have plenty of activity in the meantime.

“We have shops in all states that are legal. We also have smoke and vape shops in all 50 states as a separate search. That way we can create a brand name in other markets long before the dispensaries get there.”