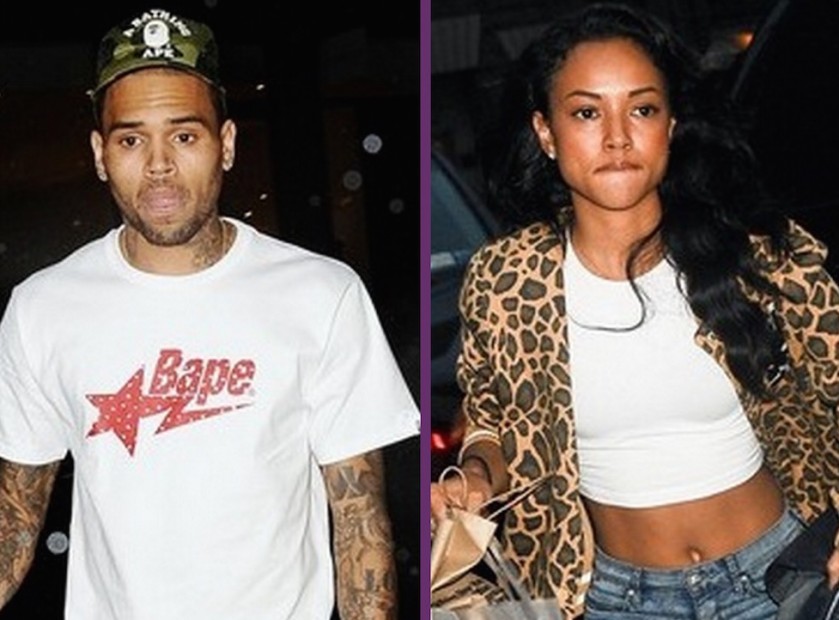 The former couple exchanged the slights on Instagram today (March 11).

“I wish u the most successful career ever,” Brown wrote in a since-deleted IG caption that was captured by Rap-Up. “But I promise you this, once this ‘TALENT’ you have starts to simmer, so will everyone else including [Manager] Jacob [York]. all of your famous friends know u how? How? How? How? How? .. Ok. So to end this petty game, that’s gonna allow u to book more club appearances and “MOVIES”that go straight to DVD “I’ll leave you this [heart emoji]!”

Tran, who has appeared in such films as 2015’s 3-Headed Shark Attack and 2016’s A Weekend with the Family, responded to Brown, who mentions her on his “Back To Sleep (Remix).”

“You’re calling me a bitch yet you’re screaming my name in a song about getting back together?” she writes in an also deleted post. “CAN ALL THIS PETTY SHIT STOP. IT IS SO UNNECESSARY. You have a beautiful daughter and so much to live for. LIVE YOUR LIFE and be positive. I am so over the drama!”

“Honestly, it’s so fucking pointless to keep doing interviews about me,” Brown wrote at the time in a comment to a clip of Tran’s interview with Access Hollywood. “Talk about your career…If there is no more relationship then u shouldn’t be doing fucking interviews with people.”