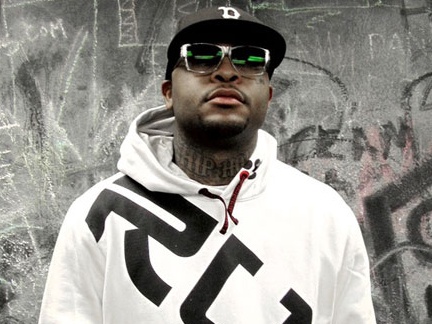 Royce Da 5'9 Expresses Regret Over Not Signing With Dr. Dre

Royce Da 5’9 says the biggest regret in his career was signing with Tommy Boy Records instead of Dr. Dre.

Although rapper Royce Da 5’9 clearly expressed that he’s more than happy with where he’s at today in his music career, he did share one of his biggest regrets, during an interview with Complex.

In 1998, Royce signed with the now defunct Tommy Boy Records. At the time, he says the label offered him $1 million, hundreds of thousands more than what Dr. Dre offered as a budget. It’s a decision he says he now regrets.

The Detroit wordsmith, who will release his Layers album next month, also revealed that by signing with Dre, he would have had access to “unlimited Dre beats.”

“I made a decision to sign with Tommy Boy instead of Dr. Dre, back in the day,” Royce Da 5’9 said. “Sometimes I don’t really regret it because by saying that I’m basically saying that I regret where I’m at today, which couldn’t be further than the truth, but sometimes I wonder what would have happened had I done that. What kind of music would I have been able to make? Because he was offering me a $250,000 budget and unlimited Dre beats. And Tommy Boy was just offering me $1 million.”

In regards to the best decision he’s ever made in his career, Royce said it was choosing to get sober. The rapper, who’s been sober for nearly four years now, recalled feeling a sense of writer’s block when he first hit the studio without a bottle in hand.

“I think the best decision so far was to stop drinking,” he said. “Was to get sober. That happened September 12, 2012. I like to call it a spiritual awakening. I just woke up one day, and there was–I felt like I was just up. I made the necessary phone calls. I called Marshall and I said ‘Yo, I’m stopping drinking. I’m not drinking no more.’ He was like ‘Dog, that’s the realest thing you’ve ever said to me.’ Come home. I came back to Detroit. He checked me into this hospital where I could be monitored in order to go to sleep for a couple of days. And I haven’t had a drink since. It’s been really challenging. From a creative standpoint, going to the studio and being used to taking a bottle in there with you, starting drinking, and then thoughts just start hitting you. And you just start writing ’em down. Now I go in there with nothing…Thoughts don’t always hit me right away.”

Video of Royce Da 5’9 speaking on not signing with Dr. Dre, can be found below.