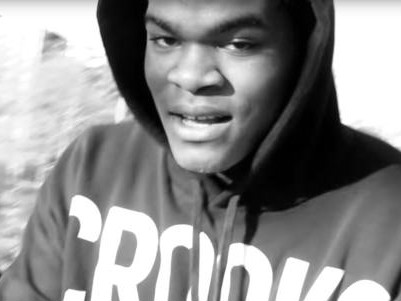 Sean Chung was arrested last month for a rap song that he reportedly wrote two years ago that threatens the District Attorney in his hometown of Queens, New York. On February 22, he was sent to Rikers Island, where he awaits trial for a previous arrest.

According to the Daily News, Chung, who goes by the rap name JP Smoov, threatens District Attorney Richard Brown on the song “KAR.” On the track, Chung raps, “Tell the judge to get off my cock, put the DA in a box.” The song was posted in a video in November.

The 20-year-old’s lawyer, Audrey Thomas, argues that her client wrote the song two years ago and has since tried to change his lifestyle.

Chung and 30 members of the SNOW gang were arrested in 2014 for plotting to kill members of a rival gang. He faces 25 years to life in prison if convicted.

Thomas says that since the arrest, Chung has tried to remove himself from the gang life and has taken college classes and works at a restaurant. He was planning on being baptized February 28.

He was out on bail before he was brought to Rikers Island, where he has since been attacked by two other inmates.