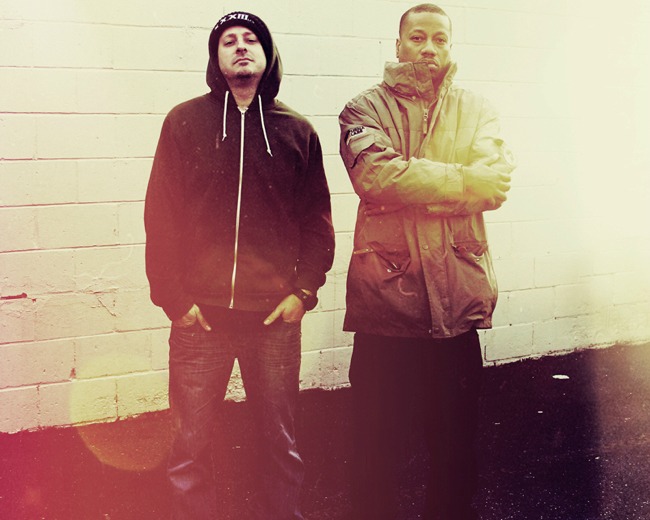 Planet Asia and DJ Concept have paired together for completely new vintage in the form of their new Seventy Nine album and HipHopDX is proud to premiere the stream.

“The inspiration for this project came from ill beats going and back and forth from New York to Cali,” Asia tells HipHopDX as Concept chimes in, “For me, the creative inspiration for this album really came from wanting to fuse my style as a producer with Asia’s raw poetry. After I’d make a beat, I’d just vibe with it to make sure I could imagine Asia’s distinct voice and style on the track. It was important that the finished product have replay value, and could be something I could bump day in and day out.”

Coalmine Records, known for its studious efforts to uphold the balance between Hip Hop music with an actual movement, facilitated the project, which is available today, March 25.

It all started with Matt at Coalmine Records asking me who I’d want to make an album with,” Concept recalls. “The first thing I mentioned was that it would be dope to work with an artist from out west. We threw a couple names back and forth and both thought that the idea of working with Asia would be crazy. Shouts to Matt who made it happen from there. I sent beats to Asia through email to get everything started, and after the majority of the beats were picked, Asia came out to NY to record a bunch of tracks. After everything was recorded, I spent a good amount of time molding the sound to create a cohesive album sequence.”

“This was a collective effort, and nothing was forced,” Planet Asia adds. “From the beats, to the features, everything was organic. And the best weed was lit the whole time! The finished product is a great painting of sound.”

Stream Planet Asia and DJ Concept’s Seventy Nine down below and cop it on iTunes and/or Spotify or Tidal.

(The article has been updated from its previous February 29th version)

Bicoastal collaborations never get any less enticing and Planet Asia and DJ Concept are the latest rapsmiths to test their mettle on the JFK (or LGA) to LAX studio front.

The two respected vets in their respected fields announced their joint album, Seventy Nine, today (February 29) that is slated to be released on March 25 via Coalmine Records.

Unlike most unexpected duo albums that come and go due to rushed sessions and conflicting schedules, DJ Concept meticulously made the beats to match Planet Asia’s audio palette in hopes to put forth the best possible product.

“I took a lot of time after we completed the joints to piece the story together and make the album one cohesive piece,” Concept explains of his techniques. Planet Asia also echoed those thoughts, noting how crucial it was for them to record together and that it took “a collective effort to make this great painting of sound.”

Much like the album title suggests, Seventy Nine encompasses a vintage soul sample sound (replete with the old school Seville on the front artwork) that will supply heads from all walks of Hip Hop life with funk, boom and a bit of bap. The guest appearances show up to show out as well; with the talents of Blu, Agallah, DJ Revolution, Marvelous Mag, DJ Pain 1, SmooVth, TriState, DJ Devastate, John Robinson, and the late, great Sean Price featured all across the LP.

Seventy Nine is currently available for pre-order on iTunes