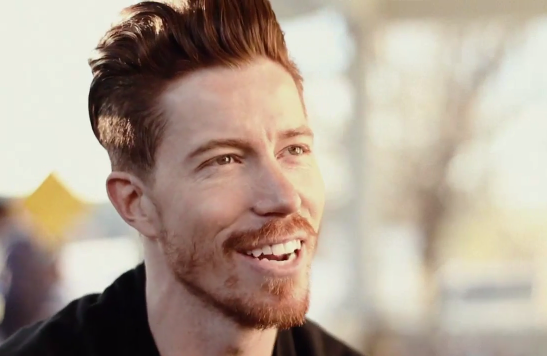 The longtime high-flyer has not only recorded several “firsts” in his extreme sports world, he also holds the X-Games records for gold medals (and highest overall medal count) and almost has as many ESPY Awards as there have been ceremonies.

Fuse caught up with White for the premiere episode of The Lineup, a new show that explores the everyday life of the biggest stars in NFL, NBA, MLB, NASCAR and the music that propels their wins inside the arena as well.

Given Kendrick Lamar’s big 2015, which cultivated into a GRAMMY Award bonanza earlier this month, it’s no surprise that White not only listens to his music but also respects the message.

“[Hip Hop] is just fun; it’s cool and it speaks to the kind of times that we’re in. Kendrick Lamar, he came and played at our event last year and I love his lyrics, I love what he’s talking about, it’s meaningful stuff he’s staying…it’s pretty heavy,” he said. “It’s not just this kind of fluff over the top. It’s like actual things being said; feelings being conveyed in a really cool way.”

A chance encounter with A$AP Rocky during Forbes’ 30 Under 30 Summit last fall also converted White into a PMF follower.

“He does the L$D song, “Jukebox Joints,” is a great song, “Canal Street,” White continued, rattling off cuts from one of HipHopDX’s top albums of last year, At. Long. Last. ASAP. “I had listened [to his music] here and there but I really dove into after we met and he’s a super cool guy.”

Watch White’s rap moment of clarity in the video down below.