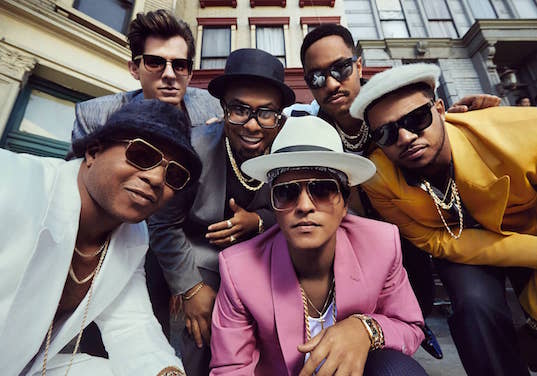 The immense success of Mark Ronson and Bruno Mars’ “Uptown Funk” (2016 Grammy Award for Record of the Year, over one billion views on YouTube) has not come without the inevitable lawsuit.

The Sequence, one of the first female rap groups, are putting it in the air that their 1979 song “Funk You Up” was used as “inspiration” for the recent mega hit, TMZ reports.

The group, consisting of Angie Stone (of chart-topping R&B fame) Cheryl the Pearl and Blondie (not “Rapture” singer Debbie Harry) had their rep Kali Bowyer threaten the lawsuit in the media as they note the similarities in the hooks “funk you right on up” portion.

Strangely enough, no lawsuit has been filed but both parties fall into the ordeal with reputations that are less than stellar. In May of 2015, all five writers of The Gap Band’s 1979 hit “Oops Upside Your Head” were given credit for “Uptown Funk” after a terse yet brief battle over particular lyrics in the song. And nearly nine years ago, Bowyer was found to be lying about Chris Rock fathering her child after a sensational blitz through the media.

Both songs can be found below for a side-by-side analysis.