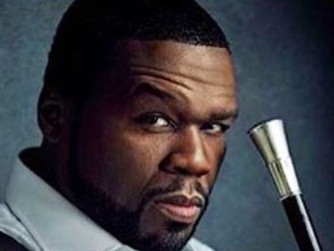 50 Cent Claims Cash He Flashes On Instagram Is Fake

50 Cent claims the cash he flashes on Instagram is fake, according to TMZ.

The rapper alleges in court docs filed today (March 8) that he is not hiding assets from the court and that he uses the money for show in order to maintain his public persona.

Last month, a judge ordered 50 Cent to appear in court after posting a series of photos of himself with what appears to be thousands of dollars of cash. He filed for chapter 11 bankruptcy protection in July.

A judge has ordered 50 Cent to appear in court after posting a series of photos of himself with loads of cash, according to CNN Money. The rapper filed for chapter 11 bankruptcy protection in July.

In a number of photos and videos posted last year, 50 Cent is pictured with what appears to be thousands of dollars.

“There’s a purpose of having a bankruptcy process be transparent, and part of that purpose is to inspire confidence in the process,” the judge also said. Bankruptcy court is where “an honest but unfortunate debtor can come into court and seek relief,” Nevins added. “When that process becomes very public, the need for transparency, I believe, is even higher.”

50 Cent’s attorneys say their client has done nothing wrong.

“Mr. Jackson has been forthcoming and transparent with all creditors,” his attorneys said to the judge, referring to 50 Cent by his given name, Curtis Jackson.

In July 2015, 50 Cent was ordered to pay $5 million to Lastonia Leviston for posting a sex tape of her. Leviston has a daughter with Rick Ross, with whom 50 Cent has a rivalry.

A video and Images of 50 Cent posing with cash are as follows:

Cold in my eyes, ashy knuckles…I hustle so hard, I can't see me legs. LMAO SOUTHSIDE ALL DAY LETS GET IT!!! #EFFENVODKA #FRIGO #SMSAUDIO

Ok I found my legs, but I can't find nothing to watch on TV. Power season 3 on the way. #EFFENVODKA #FRIGO #SMSAUDIO

Man this lunch money,I gotta go to work I'm still up, no Sleep at all. NEW MUSIC this week,Off The KANAN tape. #EFFENVODKA #FRIGO #SMSAUDIO

For additional coverage of 50 Cent, who has been ordered to appear in court after posting a series of photos of himself with loads of cash, watch the following DX Daily: