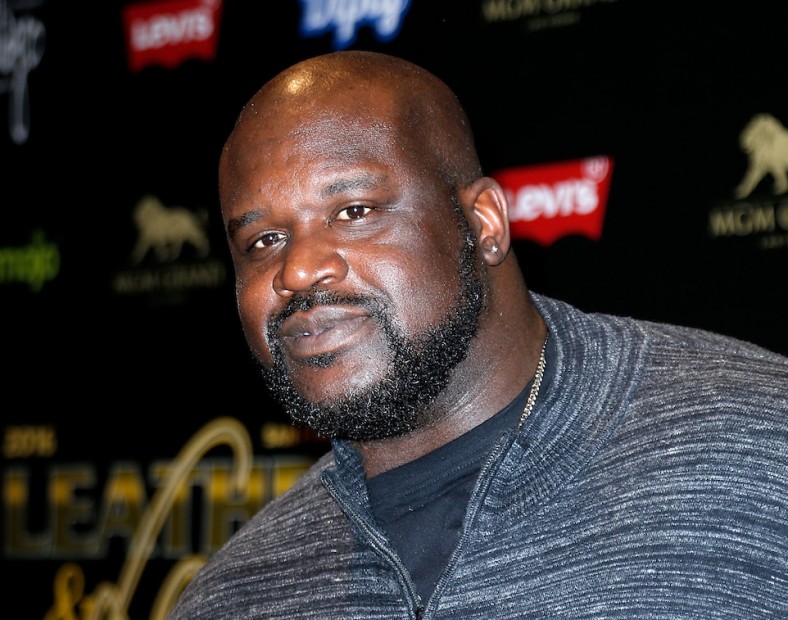 Shaquille O'Neal Claimed He Advised The Notorious B.I.G. Against Attending VIBE Party The Night He Was Killed

Sports stars and rappers tend to run in the same circles. Shaquille O’Neal, for instance, is a basketball player who is no stranger to the Rap world and was friends with The Notorious B.I.G.

While guest-hosting ESPN’s Russillo & Kanell radio show today (February 19), commentator Amin Elhassan shared a story of when Shaq explained that he advised Biggie against attending the VIBE party where he was shot after leaving.

“Remember when the movie Notorious came out?” says Elhassan, who worked with the Phoenix Suns while O’Neal was a player there. “We got an advanced screening and watched it and, afterwards, Grant Hill was talking about how he was at the VIBE party that Biggie was at right before he got shot. So everyone was listening to Grant Hill like, ‘This is an amazing story.’ Except for Shaq, who was on the other end of the room and says, ‘That ain’t nothing.’ And then, he claims that he was at a tattoo parlor that afternoon and Biggie asked him what he was doing that night. He said, ‘Chillin’. What are you doing?’ Biggie said, ‘Going to the Vibe party.’ And then he said, ‘Don’t do that.’ And then he leaned back in his chair and folded his arms as if to say, ‘And the rest if history.'”

The Notorious B.I.G. was murdered in a drive-by shooting March 9, 1997 outside of Peterson Automotive Museum in Los Angeles.

“If he had listened to Shaq, he’d still be alive today,” Elhassan says.

In his 2011 book, Shaq Uncut: My Story, the former NBA star says that he was planning on attending the VIBE party, but fell asleep before making it out.