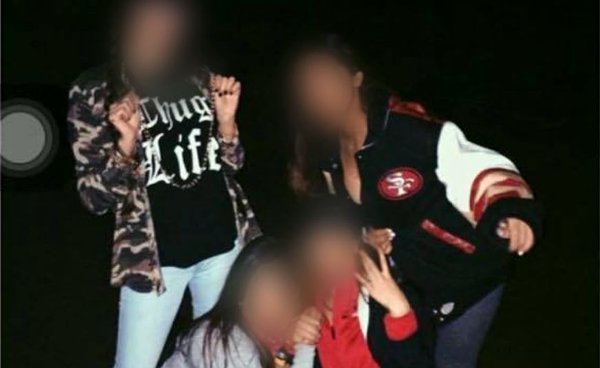 Approximately 14 students at St. Ignatius College Preparatory, a San Francisco area catholic school, are in deep water with the administration after they banded together to host a “wigger party” on the weekend of January 23.

For those unfamiliar with the term, it is a slang portmanteau of “white” and the n-word that describes a Caucasian who only adopts African-African culture and customs, usually to an exaggerated effect.

The students posted several images of themselves with alcohol as they brandished “Westside” and peace signs while wearing “Thug Life” t-shirts onto social media. Outrage amongst onlookers on the Internet eventually prompted St. Ignatius’ principal to issue out suspensions.

“Regardless of the intent of those who participated, their actions had an adverse effect on the community and on them. We categorically condemn this gathering as it does not represent the Ignatian values or ideals that our school stands for, and thus we are called to respond,” the school wrote in a statement on its website. “Over the years, we have done much work in the area of diversity through the school’s Office of Equity and Inclusion, which is an integral part of our school community. Clearly, however, we have more work ahead of us in forming adolescents to be their best selves. Values of diversity, equity and inclusion are core school values. We also acknowledge that this is part of a larger national conversation, and we now have the opportunity to address this issue courageously and directly.”

According to data obtained by CBS SF Bay Area, only 3.6 percent of St. Ignatius students are black. It is also reported that several of them were in attendance at the racist party.

The suspended students are scheduled to meet with the Black Student Union at a later date in attempts to learn from the incident. CBS’ news report can be watched below.