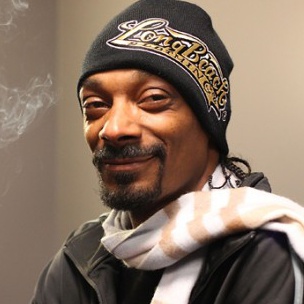 Snoop made the reveal during a recent appearance on Khloe Kardashian’s new television show, “Kocktails With Khloe.” According to the West Coast wordsmith, one of the players on his team called him out for smelling like weed.

“I went to practice high one day and one of the kids said, ‘Coach, you smell like my mama’s boyfriend,’” Snoop Dogg said, according to Complex. “And I had to check myself. I stopped smoking from that day for 180 days straight. And it made me a better coach, a better person, and I stopped smoking when I was coaching football. So every year when I coach football around the kids, I don’t smoke, so that’s three months out of the year that I do that.”

It’s been well over a decade since Snoop launched his youth football league in his home state of California. While speaking with MTV in 2005, the year the football league was launched, the rapper revealed his motivation for starting the league.

“It’s hard for a parent to get their kids involved when there’s so much money involved, especially when it’s no money to get in a gang or do something negative,” Snoop Dogg said in 2005. “We’re just trying to give the kids something to reach toward and look forward to.”

Video of Snoop Dogg speaking on quitting weed for several months, can be found below.