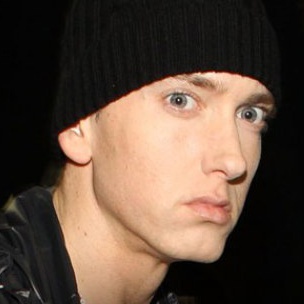 Kimberly Mathers mourns the death of her twin sister, Dawn Scott, and shared her thoughts on Scott’s obituary page.

“Dawn was my sweet,beautiful sister who lost her way,” Mathers writes. “I kept a light lit for her hoping she’d find her way back to me. I miss her and love her more than anything I could ever say. I wish she was here so I could hug her and tell her I love her. Half of me is gone and I will never feel whole again. She made me laugh and kept me on my toes. She was the best sister and friend in the world and I will miss her until we are together again.”

HipHopDX sends its condolences to Dawn Scott’s family and friends.

Dawn Scott, the former sister-in-law of Eminem, has passed away following “an apparent heroin overdose.”

Radar Online reports that authorities have ruled the death of Scott, who was found dead in a unit at the Motor City Trailer Park, “an apparent heroin overdose, pending a toxicology test.”

Scott is a childhood friend of Eminem’s and the twin sister of the rapper’s ex-wife, Kim Scott.

While speaking with Radar Online last year, Scott revealed that neither Eminem nor her sister have offered any assistance for her drug problem.

“I have a millionaire brother-in-law and a sister with money up the ass, but they’re refusing to give me any help,” Scott said. “It’s a betrayal. He’s been part of our family since he was 15!”

According to Radar Online, a friend of Scott’s who lived with the woman on-and-off for several years, also asked for her Kim’s help with Scott’s drug problem.

“I’ve been trying like hell to save her life,” Scott’s friend, Les Martin, said in a past interview. “I’ve had numerous conversations with Kim about trying to get her help and it just wasn’t a conversation she wanted to have.”

Dawn Scott was 40-years-old at the time of her death.

HipHopDX sends its condolences to Dawn Scott’s family and friends.