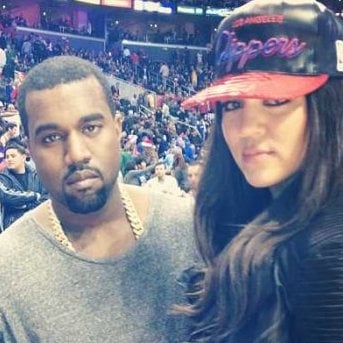 Khloe Kardashian says that Kanye West had a difficult time selecting the tracklist for his forthcoming album, SWISH.

“He has so many songs that we — I act like I’m recording them — that he can’t figure out what he wants to put on his album,” Kardashian says in a recent interview with Cosmopolitan. “And they’re all genuinely terrific songs.”

She says that because of this, she understands why he is revamping G.O.O.D. Fridays to release more music.

Kardashian, who is West’s sister-in-law, says that he values the family’s opinion and invites them to the studio often. She says she has heard the entire album.

“We’re not artists, obviously,” she says, “but he respects what we say so much. He is so passionate. He’s like, every bit the meaning of an artist. He’s so into his craft, and just to see him at work and see how much he respects our opinions, all of us sisters, he wants us all in the studio at different times. Thank god we all live a block away from each other.”

SWISH is slated for a February 11 release date.