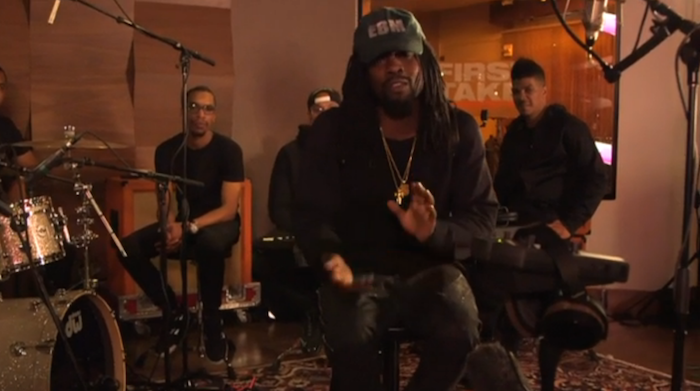 Wale has long carved his niche as one of the Hip Hop community’s top sports fans as well as one of the more favored (and tenured) guests on ESPN’s First Take.

So it should come as no surprise that the Album About Nothing creator was asked to remix the long-running show’s theme, just a couple of years after he previously held the down the honor with his Maybach Music Group labelmate, Stalley.

The end result is a “Every Word Great,” an energetic, name-dropping Go-Go infused number that captures the fast-paced sports coverage the program is renown for.

He continued, “I grew up on ESPN and now I’m writing their theme songs? Man, that’s what this whole EveryBlueMoon movement is about. Plus, Skip, Molly and Stephen are family.”

Watch the new and improved opening for ESPN’s First Take as well as Wale’s behind-the-scenes creation of the track down below.