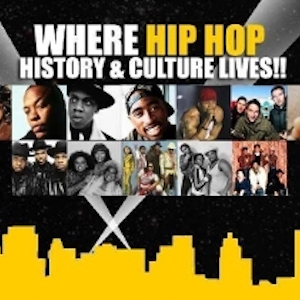 Hip Hop Hall Of Fame & Museum To Open In Harlem

Cleveland is home to the Rock Hall of Fame and Harlem will be the location for the Hip Hop Hall of Fame.

“The community of Harlem has a rich history of arts and cultural contributions,” Dove Entertainment, who is in charge of press and coordinating the hall wrote in a statement. “The Harlem Renaissance has influenced artists, poets, scholars, educators, politicians, fashion, entrepreneurs, entertainers and community leaders from New York City throughout the world. Hip Hop music and culture will now join that legacy in Harlem as the Hip Hop Hall of Fame + Museum is set to open up its offices on the historic 125th Street.”

The Hip Hop HOF is slated to open in late this year and all developments regarding it can be found here. Dove Entertainment also says the education element of the establishment will be a main focus.

“Students will be trained by industry professionals with special celebrity guest speakers, and graduate with their very own online e-commerce store teaching valuable skills, entrepreneurship, job creation and business management. All classes will include a ‘Life-Skills Module’ teaching young people about personal development, family and professional values and etiquette, college prep, career prep, financial literacy, home-ownership and entrepreneurship. Classes will range from 6-10 weeks and be in-conjunction with our Harlem Business, Community, Arts, Cultural, Media, and Educational Program Partners.”

Museums for Hip Hop have been rumored to open in NYC in the past, one of which opening in Harlem.