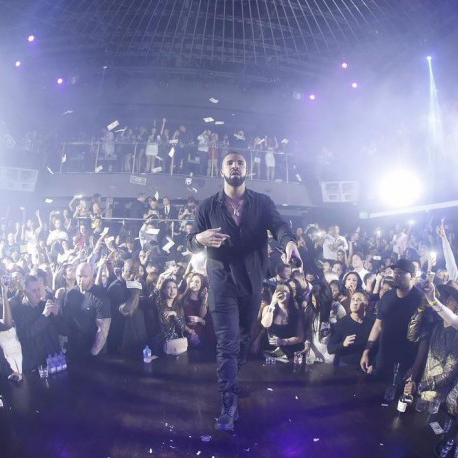 Drake gave an update on his forthcoming project, Views From The 6, during his New Year’s Eve party at E11evn Nightclub in Miami on Friday (January 1).

“Views From The 6 coming very soon,” The “Hotline Bling” rapper announced in an Instagram clip of his appearance.

Views From The 6 is allegedly scheduled for release on January 6, 2016, according to a video posted in a tweet from Daily Rap in November.

Also in attendance at E11even Nightclub to bring in the New Year was Lil Wayne and Birdman who were photographed at the event alongside Drake, Mack Maine and 2 Chainz among others hinting at reconciliation between the pair.

The Instagram clip of Drake announcing the status of Views from The 6 is as follows:

For additional Drake Views From The 6 coverage, watch the following DX Daily: