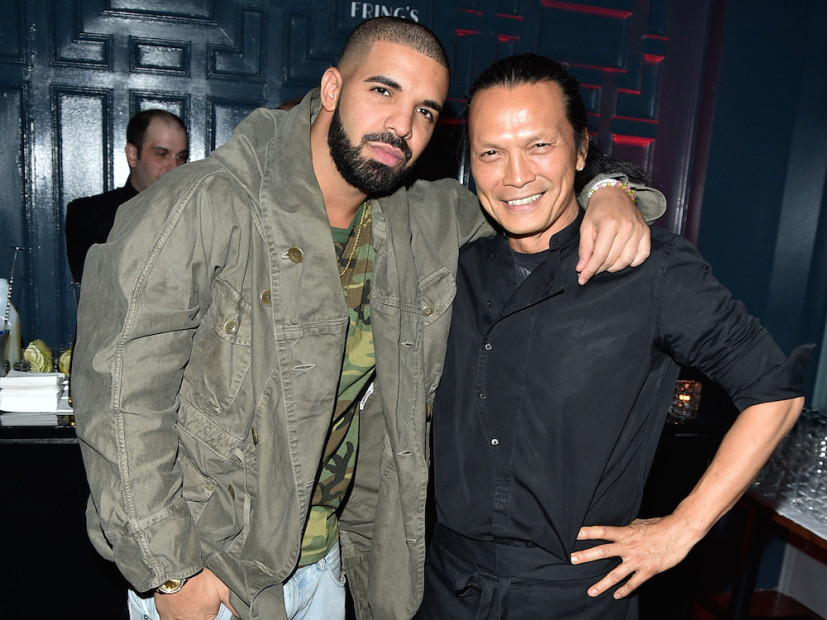 Drake attended the grand opening of Fring’s restaurant in his hometown of Toronto in September. Contrary to previous reports, the rapper does not own the establishment, but in a recent interview with T Magazine, he details his involvement with the restaurant, opened by celebrity chef Susur Lee and his sons, Kai and Levi Bent-Lee.

Drake says that he was the one who named the restaurant.

“It’s just something you pull from your own emotions, from a happy time,” he says of the name, adding that he derived it from Jamaican patois.

“We’d say, ‘Last night you were so fringed,’” he continues. “To get the real definition of Fring’s, you need to come to the restaurant. Ask a chef, ask a server, and everyone’s definition will be something different.”

Lee’s sons chose to go with a menu based on their mother’s cooking, which includes Swedish meatballs, fried chicken and hamburgers.

Fring’s is in its final stage of completion with the lower floor scheduled to open this winter, ahead of the NBA All-Star Game, which Toronto is scheduled to host in February.

“My goal from day one has always been to build a trusted and proven brand and keep the people happy,” Drake, a global ambassador for the Toronto Raptors, says. “Anything I can do to bring more light to the city, I’m all in.”