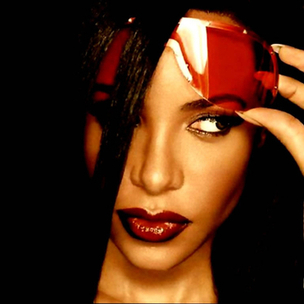 A perfume in honor of singer Aaliyah and made in collaboration with her family is now available for pre-order.

The fragrance was announced by Los Angeles-based perfumery Xyrena, who worked closely on the product with Diane & Rashad Haughton, Aaliyah’s mother and brother.

“It has been wonderful working with Xyrena to create an incredible fragrance that embodies the beauty, mystery, and creativity that my sister infused into every aspect of her life,” Rashad said in a press release, according to Rap-Up.

“I grew up with Aaliyah’s music,” added Xyrena’s CEO, Killian Wells. “As a huge fan, this is a very personal release for me and my company. We set out to create a fragrance to be cherished by Aaliyah’s fans and also introduce her to a new generation.”

A copy of the product’s description can be viewed below, via Xyrena’s website.

“Aaliyah™ by Xyrena is the first and only official fragrance tribute to the Princess of R&B,” the product’s description reads. “Developed in close collaboration with Diane & Rashad Haughton (the late singer and actress’s mother and brother), Xyrena crafted a true aromatic tribute inspired by actual fragrances Aaliyah wore. Aaliyah by Xyrena is unisex but leans masculine, as Aaliyah favored traditional men’s scents in line with her signature, sexy tomboy image. The formula is also a hue of black which was Aaliyah’s favorite color. Aaliyah by Xyrena has base notes of vanilla, sandalwood, amber, and jasmine; middle notes of black pepper, violet and leather; with top notes of mint, lavender and mandarin.”

According to Xyrena’s website, five percent of all sales from this release will be donated to The Aaliyah Memorial Fund.

The fragrance can be pre-ordered for $64 here, with orders scheduled to be shipped in mid-October.

The fragrance’s commercial can be viewed below: