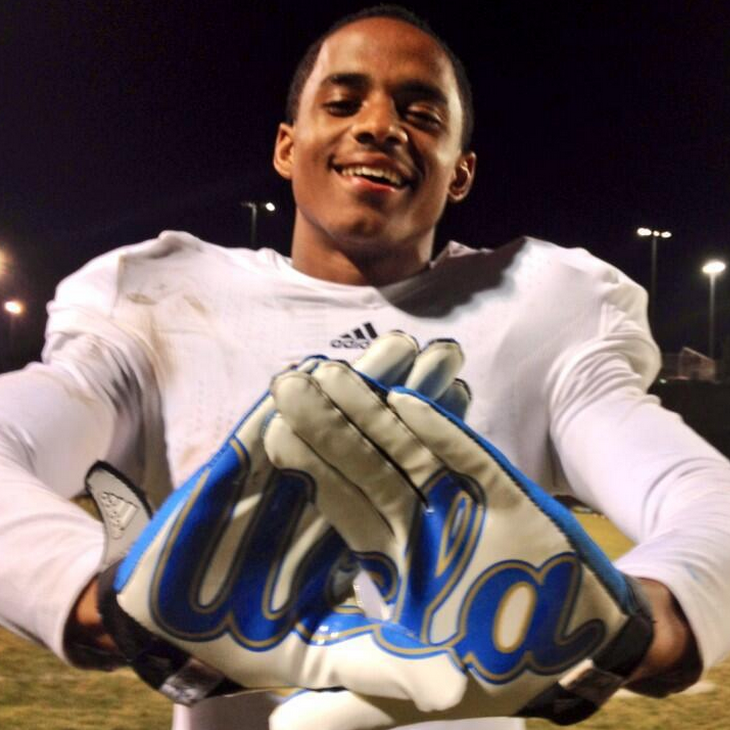 Cordell Broadus has been granted permission by UCLA coach Jim Mora to return to the team, according to TMZ.

Broadus, who is a son of Snoop Dogg, told the coach that he missed the game. He’ll return as a non-scholarship player.

“He will indeed be participating in Spring practice, which begins later this month on March 29, as a walk-on,” Associate Athletic Director Josh Rupprecht says during an interview with TMZ.

Cordell Broadus has left the UCLA Bruins football team, according to BruinReportOnline.

Broadus, the son of Snoop Dogg, was a four-star wide receiver prospect.

“Cordell, he’s a good kid,” the story says. “It must be, just speculating, it must be kinda tough to be the son of Snoop Dogg. Snoop’s always wanted his son to play football. He’s pushed Cordell. So it could be just a matter that Cordell just wanted to do his own thing.”

Head coach Jim Mora released a statement through the athletic department after the news broke and says the incoming freshman will still attend the university.

“Cordell informed me yesterday that he has decided to pursue other passions in his life,” Mora says, “in particular his love of film through his company Film School Productions. Cordell is an amazing young man with many talents, and we wish him nothing but the best as he continues to pursue his degree at UCLA.”