Shaquille O’Neal may be most known for the time he spent in Los Angeles and Miami but for those who don’t know, the former NBA superstar is originally from Newark, New Jersey. He’s also most known for his time on the court but many during the 1990s picked up albums from his catalog including his best-selling debut, Shaq Diesel.

Recently sitting down with Vlad TV, fellow Jersey native Redman talked about collaborating with the rapper named Shaq and why Diesel wanted him on his music.

“He from the Brick City, come on [laughs]. Why wouldn’t [I do a song with him],” he said when asked about working with Shaq. “Shaquille [O’Neal] is a cool dude first of all because back then, he still got money from the NBA he ain’t even spend from the Lakers yet, he got money. When he got on he was like, ‘Yo, I’m from Jersey, I’m from the bricks, Yo I love these dudes.’ He was alright too. He was selling albums. Shaq got a gold album. He got a gold album. He was putting in work. He was on the court and you know you have ballers who try to do rap and the sports game and it just don’t happen often for example Roy Jones. That’s my dude [but] the rap career just wasn’t taking off but Shaq, he put in work. He could spit and he was doing records with the key dudes. He didn’t go to the top dudes. He went to the underground route like [Method Man], the Fu-Schnickens and Eric Sermon and all of us and he won, he god a gold record and shit.”

Redman continued by explaining that he, along with Eric Sermon and others, showed Shaquille O’Neal the ropes to recording and putting music together.

“When we worked with him we showed him how to do it too as well and we rooted him on in his career in basketball,” he said. “There’s enough rapping, get your ass back on the court and he was winning. Big up to Shaq.”

Also during the interview, Redman talked about how his verse on Tupac’s “Got My Mind Made Up” was originally meant for a Daz Dillinger record and how EPMD were heavily influential to his career early on.

Fred The Godson Battles COVID-19 With A Ventilator 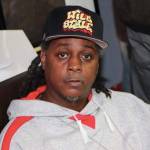 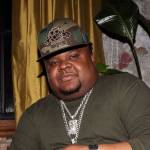 Fred The Godson Battles COVID-19 With A Ventilator

"Please keep me in y’all prayers," he says. 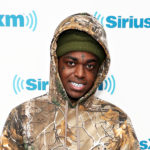 Still active from behind bars.