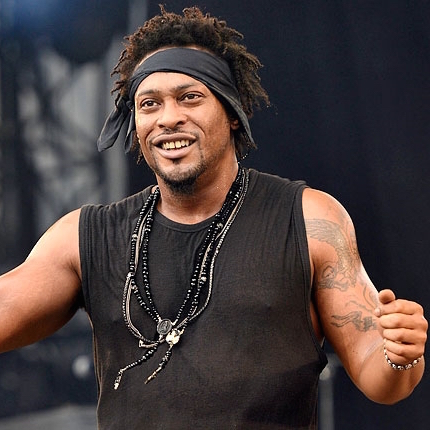 D’Angelo, whose debut album, Brown Sugar, was released in 1995, says that the music he grew up listening to had more political commentary than the music being released today.

“I grew up on Public Enemy, and it was popular culture to be aware,” D’Angelo says during an interview with The New York Times that features the Virginia singer having a conversation with political activist Bobby Seale that includes discussions on political protests and police activity. “People were wearing Malcolm X T-shirts and Malcolm X hats,” D’Angelo continues. “It was a very cool thing to know who Malcolm X was. It was all in the lyrics. It was trendy to be conscious and aware. Now the trend … it’s just [expletive]. But to tell you the truth, there are a lot of people who feel the same way that I feel and that are making great music, conscious music. But for some reason or another it seems like the gatekeepers are not allowing that stuff to filter through to the mainstream. Kendrick Lamar, he’s an example of someone who is young and actually trying to say something. Who else? You got Young Jeezy and Young Thug. You know what I’m saying? It’s stupid. It’s ridiculous.”

D’Angelo and Seale, who co-founded the Black Panthers, also discuss the ways that music could lead to social change.

“Now more than ever is the need to sing about it and to write songs about it,” D’Angelo says. “And no one’s doing it. There’s only a chosen couple of people. I think it just takes one little snowflake to start a snowball to go down the hill. My contribution and say, Kendrick Lamar’s and some chosen others’ start the snowball. That’s all I can hope for. I don’t know if I’m comfortable being quote-unquote a leader. But I do realize and understand that my role as a musician, and in the medium that I am, that people are listening to me. Kids are listening to me. We have power to influence minds and influence lives. So I respect that power. I really do.”