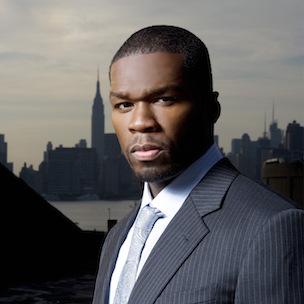 With the second season of the 50 Cent-starring show Power debuting on Starz last night, 50 himself engaged with fans in a Facebook Q&A to promote the show yesterday.

During the Q&A with fans 50 answered questions about new music, the possibility of growing Power beyond the small screen, and how he helped developed the characters with show-runner Courtney Kemp Agboh.

With two new singles in recent weeks, 50 announced that he’ll have yet another new track on the way shortly. Elsewhere, he opened up the possibility that Power could migrate to the movie theater. “I think POWER definitely can be on the big screen,” he wrote. “I wanna work out a potential movie with Lionsgate.”

As for his part in developing the show, which he executive produces, 50 detailed his collaboration with Courtney Agboh. “Characters were developed from my personal experience,” he said, adding, “Courntey designed the show.”

When asked where the idea for the show came about, 50 compared the series to his first album. “POWER is like the television version of Get Rich or Die Tryin’,” he offered.