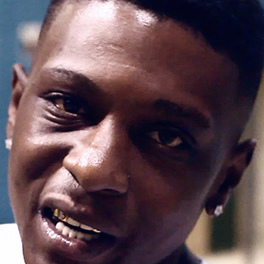 Boosie Badazz was forced to end a concert early in New York City this past Tuesday (May 26), as the rapper didn’t take the appropriate medication beforehand, according to TMZ.

The Baton Rouge, Louisiana artist—who is a known diabetic—says there was miscommunication with his luggage during his travel. While he went to New York, a bag housing his medication was sent to Philadelphia, meaning he was unable to get his insulin shot prior to performing, thus causing him to vomit and rush off stage.

The publication reports that the rapper is now better, with him saying: “Shit happens when you have diabetes but I feel good now.”

Boosie Badazz’ latest album Touch Down 2 Cause Hell earned a 4 out of 5 star rating from HipHopDX.

A video of Boosie Badazz rushing off stage can be viewed below (via TMZ):