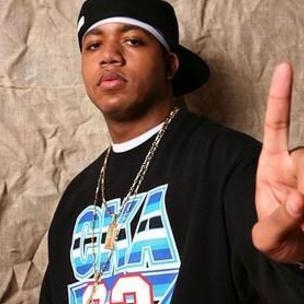 Skyzoo is slated to release his A Dream Deferred follow-up Music For My Friends June 23, according to a press release.

Set to be released on First Generation Rich Inc./ Empire Records, the project is scheduled to feature guest appearances from Bilal, Black Thought and Jadakiss, among others. Lending production to Music For My Friends are Jahlil Beats, !llmind, Thelonious Martin and Apollo Brown.

The Brooklyn, New York emcee wrote a narrative through the eyes of his 13-year-old self to describe the album.

“A blueprint and some ‘know how, some good cooked food and some awareness leads to you thinking these conflicting, guilt inspired feelings are the Things I Should’ve Told My Friends,” he says in part. “When it’s all said and done, when the faces change and the desires become more expensive and the next in line become the next in line, when the bloodied badge unjustly wins and the lights begin to flicker and then dim, you realize maybe it was all just a Sweet Pursuit. All of it, nothing more, nothing less. And the sounds it leaves in the memories it created slowly becomes Music For My Friends.” -Skyler (13 year old lyricist, graffiti writer, playground point guard, quarter water aficionado, and Mortal Kombat champ, preferably the Sega Genesis version).”

The cover art and tracklist for Skyzoo’s Music For My Friends are below:

Produced by The Rvlt.

14) Things I Should’ve Told My Friends

*iTunes Bonus: Falling Out The Sky