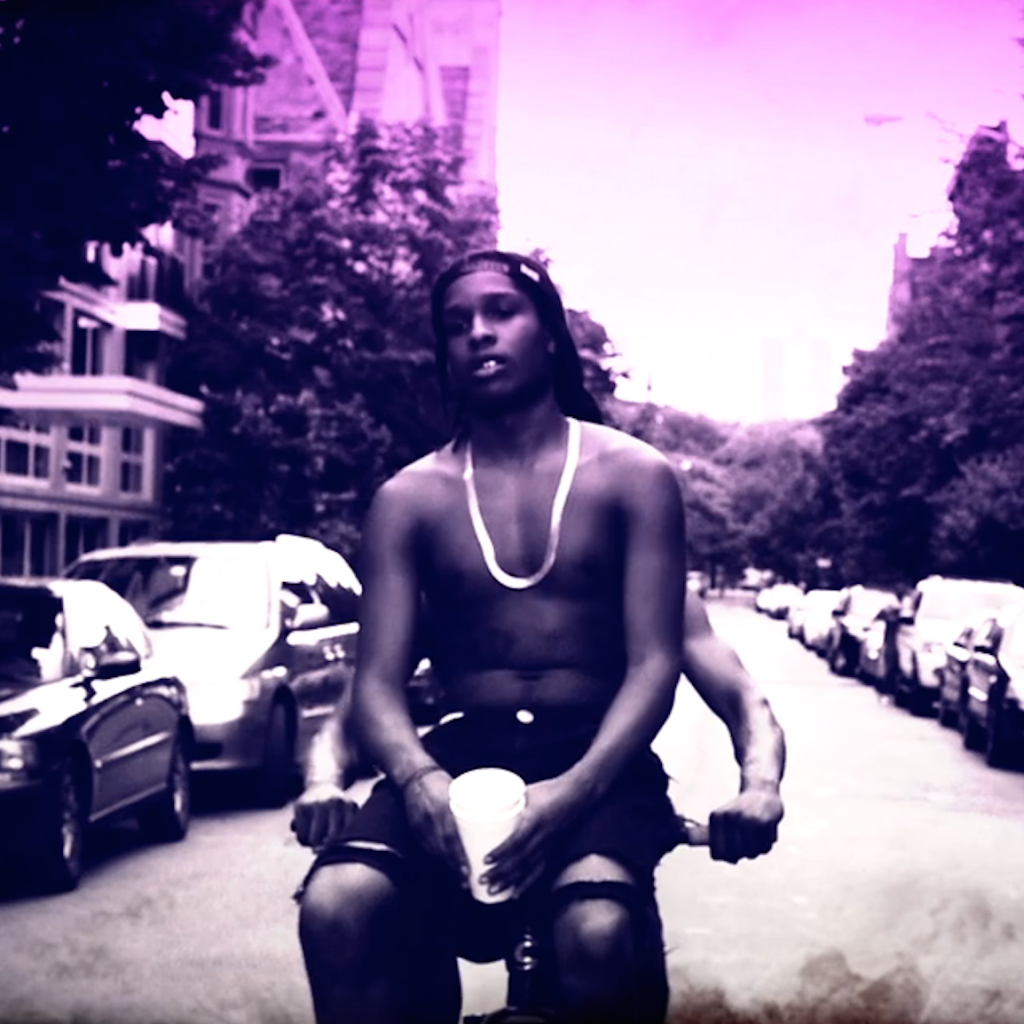 A$AP Yams is credited throughout the 12-minute episode as one of the main motivators behind forming the A$AP collective. Before Rocky embarked on his solo career, he apparently wanted to rap alongside another member of the group first.

“Rocky wanted to be a duo with me at first,” A$AP Ferg reveals. “We was going to be called A$AP Red. But I wasn’t really taking it seriously. I was like, ‘Nah, I don’t want to be no corny-ass rapper bro…’ He damn-near was about to cry every time he talked to me about it.”

Once Rocky connected with Ty Beats via Facebook, the two began a friendship that would lead to a fruitful musical partnership, with Ty providing the beats and Rocky rapping.

“The first beat he sent me was ‘Purple Swag,'” A$AP Rocky says. “I would turn the lights off and zone out.”

Rocky claims that the screwed chorus within the song was his idea. “I personally went in and put Mike Jones’ voice in and chopped it up,” he says.

The director who assisted with putting together the music video for the song, Jason Ano, and the blonde vixen with gold grills who stars in the video, Anna Trill, also discuss their involvement within the episode.