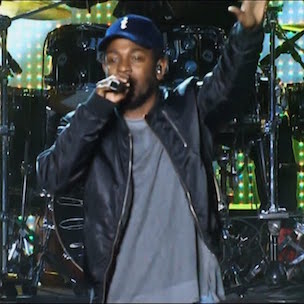 Rumors that Kendrick Lamar would appear on the remix to Kanye West’s “All Day” anthem may have been confirmed last night when a snippet of the track surfaced on the Internet.

A six-second clip featuring Lamar’s vocals over “All Day” seems to be enough to ensure fans that K.Dot is actually on the remix.

What’s unclear, at the moment, is whether or not Kendrick’s version is an official remix.

The Compton, California rapper toured with ‘Ye throughout 2013 on his “Yeezus” tour and Kanye recently praised K.Dot’s latest album, To Pimp A Butterfly.

“KENDRICK IS AN INSPIRATION. THANK YOU FOR THE VIBRATIONS AND THE SPIRIT. YOUR MEANING, MESSAGE AND EXECUTION ARE GIFTS TO THE WORLD.” he wrote via Twitter, the same day the album surfaced on iTunes.

Kendrick is also credited as one of the songwriters on the original version of “All Day.”

“Chi-Town, we play for the free base / These days don’t believe what police say / DJs and the b-boys rush it,” Lamar raps before the track fades out.

Listen to the snippet below:

UPDATE: The full version of Kendrick Lamar’s verse on Kanye West’s “All Day” anthem has been released.

Instead of an official remix pairing the two, it is believed that Kendrick’s “All Day” clip is a reference track – which ‘Ye may have used to craft his own lyrics for the song.