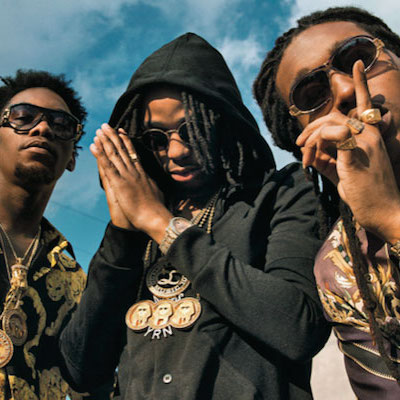 Migos plans to enter the style realm with the release of its new clothing line.

Quavo, Takeoff and Offset have dubbed their new brand “Yung Rich Nation,” the same title they have given to their recently announced national tour with OG Maco.

After bursting onto the scene nearly two years ago and unofficially endorsing high-end fashion line Versace with its song of the same name, the trio’s new clothing company is set to hit store shelves June 16 – the same day their YRN Tha Album is slated to be released.

At this year’s SXSW Festival in Austin, Texas, Migos revealed to HipHopDX that its debut album would coincide with the release of its clothing collection.

Migos has unveiled a lookbook for an assortment of merchandise that will be included in its summer 2015 collection. Check out the lookbook below: