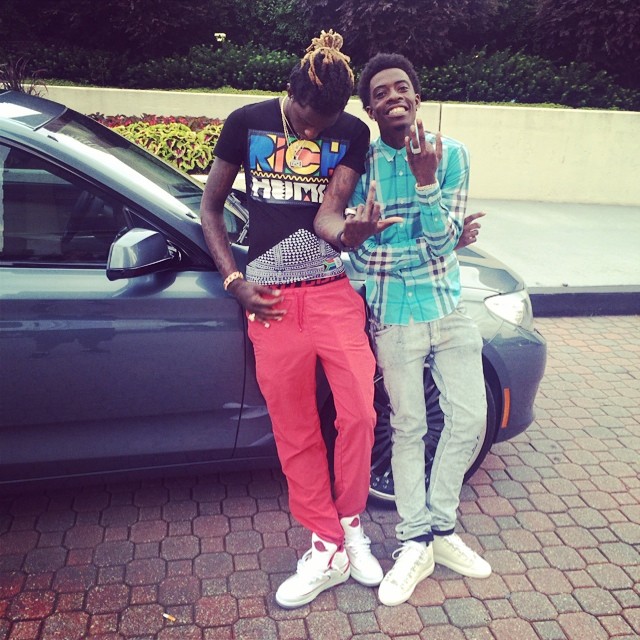 Rich Homie Quan responded meekly to questions about being called “Bitch Homie Quan” by Young Thug in a new interview filmed at SXSW.

At a show earlier this month, Young Thug took to the stage and disparagingly referenced Quan’s announcement that he would double down on his solo career instead of prioritizing work with Rich Gang.

Speaking with VladTV inAustin, Rich Homie Quan acknowledged the slight but kept cool when speaking about his working relationship with Young Thug.

“Yeah, he called me ‘Bitch Homie Quan,'” the 25-year old rapper said during the sitdown.

“I didn’t announce it to create conflict,” Rich Homie Quan said of his decision to shy away from Rich Gang. “I don’t know if it created conflict but it is what it is…When I said it people just blowed it out of proportion. I never said I wasn’t gonna do the Rich Gang thing I said I was gonna focus on myself a little bit more. Rich Gang my family. Bird, that’s my uncle. Everybody know that.”

When asked directly about why Young Thug reacted the way he did publicly, Rich Homie Quan said, “I don’t know.” “But at the same time I wish Thugger the best, success,” he added. “Just gon’ leave it at that.”