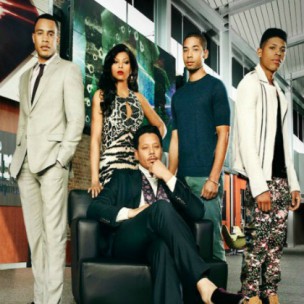 The Hip Hop-themed TV show has just broken a ratings record that is more than two decades old. According to Fox, Empire is the only primetime scripted series to grow in total viewers over each of its first five telecasts since at least 1991.

Entertainment Weekly has also reported that for the first two weeks with total DVR data available that Empire is averaging 14 million viewers and a 5.6 rating among adults 18-19.

ABC’s Who Wants to Be a Millionaire also achieved a similar feat through each of its first five telecasts in 1999, but the show was not considered a series at the time.

EW also states that the ratings record Empire just broke may have been in place longer than the 23 years Fox has publicized. Since Nielsen revised its measuring system 23 years ago, comparisons can only be calculated from that time period.

Empire has already been picked up for a second season and a slew of celebrities, Snoop Dogg among them, are expected to make cameos on upcoming episodes.