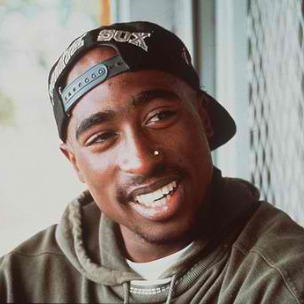 Tupac "All Eyez on Me: The Writings of Tupac Shakur" Grammy Museum Exhibit Opens

The Grammy Museum exhibit honoring Tupac Shakur opened last night (February 2). Michael Namikas attended the opening of “All Eyez on Me: The Writings of Tupac Shakur” and shared his experience in reddit’s Hip Hop Heads forum. According to Namikas, in attendance were the late rapper’s family and friends including his mother Afeni Shakur, his stepbrother, his sister and members of the Outlawz Kastro and E.D.I. Mean.

“It was a very interesting discussion that really highlighted Tupac’s spirit and the experiences members of the panel had with him,” Namikas says. “You really got a sense of what Tupac was like as a person from the stories they related.”

The museum itself is described as “small, but it’s pretty well-rounded.” Artifacts include some of Tupac’s outfits to various award shows and handwritten lyrics. All the memorabilia was provided by the Tupac Shakur estate, which is run by his mother.

The exhibit is open to the public until April 22. Editor’s Note: An earlier version of this story failed to credit reddit user, Michael Namikas for sharing his images and commentary on “All Eyez on Me: The Writings of Tupac Shakur.” The story has since been corrected. We apologize for any and all confusion we’ve caused.