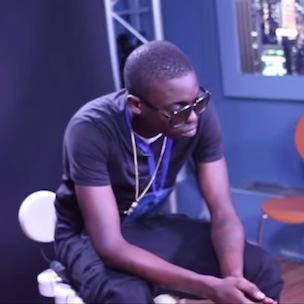 Bobby Shmurda, Rowdy Rebel and 13 other GS9 members pled not guilty yesterday (January 29) to over 100 charges inside of a New York City Supreme Court, XXL reports.

In the first hearing since the initial Dec. 17 arrests, the State added an additional 32 charges – to the original 69-count indictment – bringing the total to 101. Three more individuals have been added to the indictment, as well.

According to XXL, Shmurda’s new lawyer challenged the $2 million figure set by Judge James Burke, calling the initial fee “extremely unfair” and “excessive.” He requested a special bail hearing for this Monday to lower the amount.

Both requests were denied. The judge refused to lower bail for any of the defendants, but promised to revisit the claims at the next scheduled session on Apr. 22.

Montgomery told HipHopDX prior to the hearing, that he anticipated the government would oppose his bail package regardless of its merits, but he was “hopeful” to receive a fair hearing.

Shmurda was initially indicted on charges including reckless endangerment, criminal possession of a weapon, conspiracy to commit murder in the second degree and criminally using drug paraphernalia.

If convicted, he will face up to 25 years in prison.