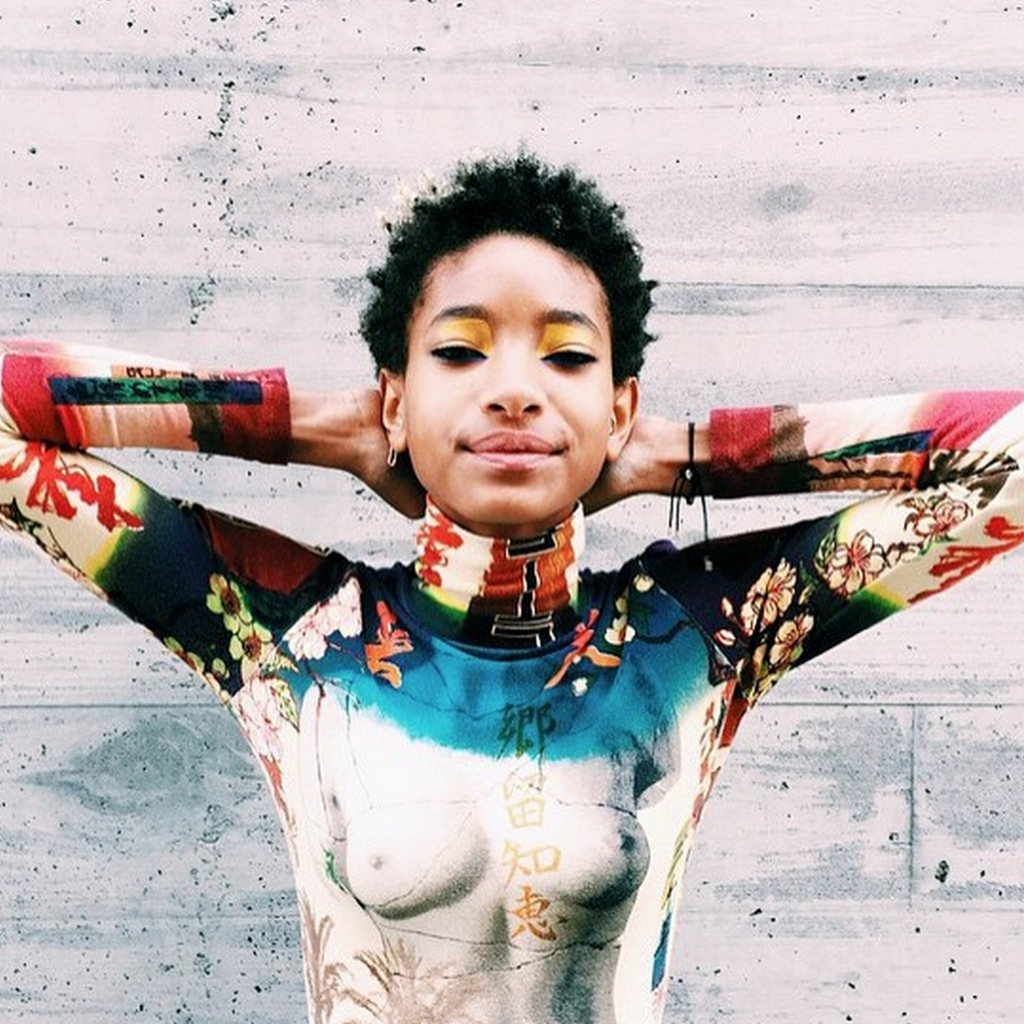 The eclectic adolescent now finds herself in the midst of controversy over an image she recently shared on her Instagram account.

While it seems Willow is posing topless — nipples exposed — she isn’t.

Within the pic, Will Smith’s daughter is actually sporting a deceptive, vintage Jean Paul Gaultier T-shirt.

Today (January 23), Willow shared her thoughts on the matter via Twitter.

“When did the women’s body start being something to hide?” she wrote before hashtagging #freethenipple.

The infamous Free the Nipple campaign began as a movement to promote women’s equal right to go topless in public.

This is the second time in two years a photo of the young singer/actress has caused a stir.

Last year, Willow faced mixed reactions when she shared a black-and-white image of herself, next to a shirtless actor.

Her mother dispelled remarks that the picture was inappropriate.

“”There was nothing sexual about that picture or that situation. You guys are projecting your trash onto it. You’re acting like covert pedophiles and that’s not cool,” Jada Pinkett Smith said at the time.

Check out the new image in question below:

When did the women's body start being something to hide? #freethenipple pic.twitter.com/RBxQTXhyIY