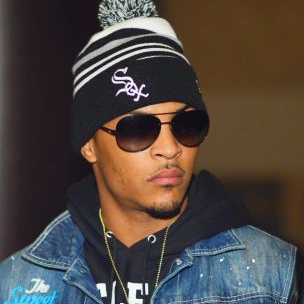 Atlanta, Georgia rapper T.I. didn’t hesitate in expressing his lack of interest when it concerns purchasing the Atlanta Hawks. TMZ Sports recently caught up with the Hustle Gang helmsman who offered a detailed response as to why purchasing his hometown’s NBA franchise wouldn’t be a wise business decision.

According to T.I., despite owning a team, those with more money would still be in control of the franchise.

“The thing about owning a NBA franchise is you’ll never get bigger than the NBA,” T.I. said. “So, whatever it is that you do it’ll be controlled by a bunch of other people who probably have more money than you and who been involved with the organization for longer than you. So, you won’t be able to do a lot of things that you want to do. So, I’m not interested.”

T.I. was also asked about the Atlanta Falcons, who recently concluded their 6-10 season with a loss to the Carolina Panthers. The Southern wordsmith stated that he was disappointed in the team and then added that a new running back and head coach are needed.

“Yeah, but I’m more excited about the Hawks’ season…I love Matt Ryan, man,” he said. “I don’t think we should get rid of him. We need a new running back and we need a new coach. I think the defensive coordinator for the Seattle Seahawks—I think that was a pretty good choice for ‘em.”

For more on T.I., view the DX Daily below: